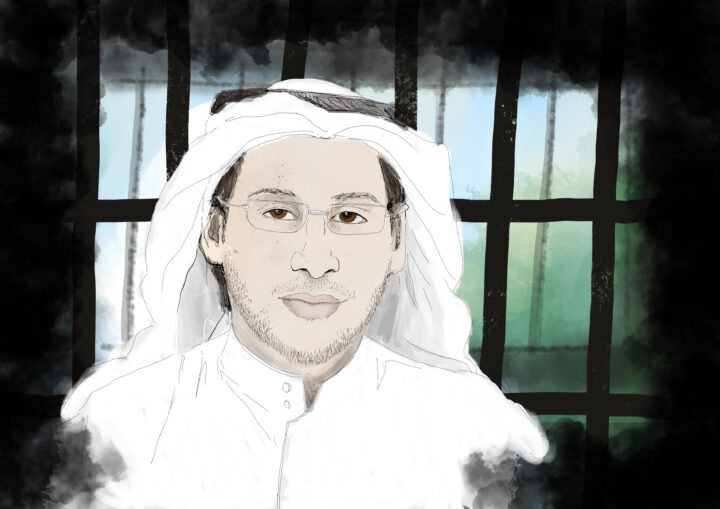 Today marks 7 years since the conviction and sentencing on appeal of the prominent human rights lawyer and founder of the Monitor of Human Rights in Saud Arabia Waleed Abu al-Khair to fifteen years imprisonment.

Waleed Abu al-Khair was arrested in April 2014 and sentenced in July 2014. On 12 January 2015, the Specialized Criminal Court of Appeal in Riyadh confirmed a sentence of fifteen years in prison, a travel ban and a fine of SR 200.00,- (roughly EUR 47.000,-). Waleed Abu al-Khair was charged with “striving to overthrow the state and the authority of the King”; “criticizing and insulting the judiciary”; “assembling international organisations against the Kingdom”; “creating and supervising an unlicensed organisation”; “contributing to the establishment of another” and “preparing and storing information that will affect public security”.

During his detention Waleed Abu al-Khair has been placed in solitary confinement, ill treated and has been on several hunger strikes in an attempt to protest the conditions of his detention.

During his trial Waleed Abu al-Khair sent a letter to the Court stating that he does not recognize the legitimacy of said court. The jurisdiction of the Specialized Criminal Court is limited to terrorism related cases, but has increasingly been used to target human rights defenders, including lawyers.