Home » News » Adil Meléndez Marquez: “When starting a legal case, there is no guarantee at all that it will ever be treated, let alone that environmental and human rights violations are actually punished” 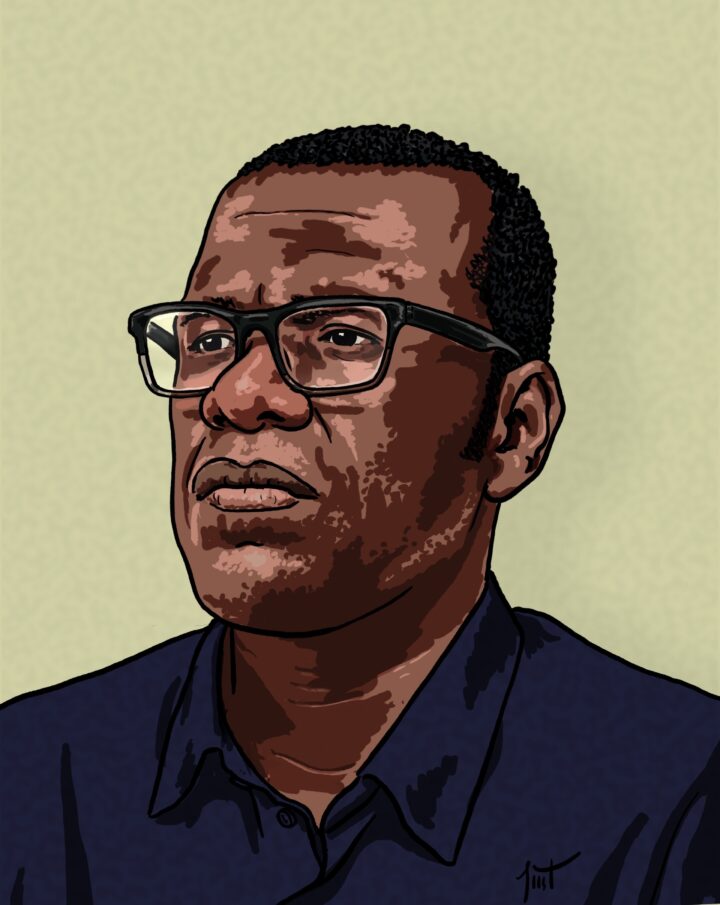 In 2020, Lawyers for Lawyers nominated Adil for the prestigious Václav Havel Human Rights Prize, while a year before he was selected by the Shelter City Program of Justice and Peace to stay in the Netherlands for several months. “Looking back, this period in 2019 was a great opportunity for me to temporarily escape the pressure and threats that come with my work. To finally get some rest, regain my strength and find new motivation and inspiration to take back to Colombia.”

Back home, the main environmental challenges on which Adil has dedicated a large portion of his time over the last couple of years are the APP Canal del Dique project (the restructuring of a 118 kilometer long canal in Colombia), the presence of multinational water management companies, the negative impact of palm oil plantation, shrimp farms, intensive cattle breeding companies and fossil fuel exploitation. “For commercial reasons, these corporate projects have traditionally enjoyed the support of the Colombian government and do not acknowledge the rights of negatively affected communities. Some of these projects are responsible for the change and destruction of entire ecosystems”, he says.

The cases that Adil manages are mainly in the field of environmental law, transitional justice, land grab, constitutional law, criminal law and administrative law. His clients are mostly native people, who historically have struggled to gain access to justice and to be compensated for the damage they suffered. “Indeed, I mostly represent native or indigenous communities, who economically depend on their work as fisher(wo)man or farmer. When these people’s rights are violated it is extremely difficult to find justice because the institutional system in Colombia revolves around corporate interests and is usually in favor of the violators and complicit to corruption. Due to a lack of resources – especially in the field of environmental contamination and human rights abuse – for human rights lawyers like me it is often impossible to obtain sufficient proof to win a court case. Environmental studies for example cost a lot of money which is not accessible to most afro Colombian communities. Without the appropriate studies to base a claim of environmental damage on, it is almost impossible to win a case. At times this can make me feel immensely frustrated and sad.”

The victims represented by Adil are often the target of threats and violence. Adil himself has also been targeted on multiple occasions. The actors behind these threats can be state actors, paramilitary organizations, corporations, or a combination of these groups. “I am not always 100% sure where the threats come from, but sometimes there are clear indications. For example, the most recent concrete threat that I received happened on August 19th 2022, when a pamphlet with a flower arrangement (typically used for funerals) appeared in the house of a community leader I represent.”  The death pamphlet was addressed to several community leaders and Adil due to their opposition against the manner in which one of Colombia’s megaprojects, APP Canal del Dique is being developed. This project is very likely to have a disastrous impact on numerous communities living near the shores of the Canal del Dique. Because we raised our voice to stand up for the rights of the victims who have not been consented to this project and demand a proper consultation process involving the impacted communities, we have been made into a military target under the false claim that we are against any form of development in Colombia; which is untrue and simply used as an argument to discredit us and shut us up.”

Based on Articles 16, 17 and 18 of the UN Basic Principles of the Role of Lawyers (1990), the Colombian government has a legal obligation to protect lawyers like Adil. On several occasions throughout the years, NGO’s across the world have requested the Colombian authorities to guarantee Adil’s safety and investigate the threats addressed to Adil. According to Adil however, none of the complaints filed by Adil have ever been investigated by the Public Ministry. “So far, all threats have remained unresolved and unpunished – including the most recent one from August 2022.”

In order for environmental and human rights defenders and lawyers in Colombia to exercise their profession safely, radical changes are needed on different levels. The solution is complex but Adil has not given up hope. “A new political and economic system should be created upon pillars that respect, acknowledge and guarantee the rights of women, native and indigenous peoples and the rights of our natural resources such as rivers, oceans and forests. These are the key elements of creating a more just society in which human rights advocates and lawyers like me can exercise their work better and safer.”

As to the role of organizations like Lawyers for Lawyers who monitor his safety, Adil underlines that – while Colombia fails to solve its problems – the watching eye of the international community remains of vital importance. “Lawyers for Lawyers should continue the work they are doing already and do what they are best at: promote the defense of lawyers in Colombia and other Latin American states, publicly denounce human rights abuses against lawyers, inform and educate embassies and representatives of the European Union, and call upon Latin American governments to guarantee better security and protection measures for human rights advocates.”