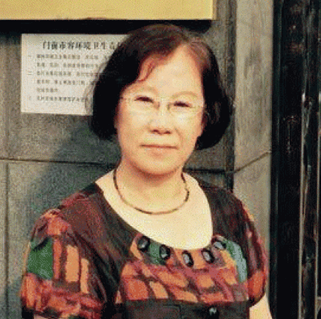 #FreeTheLawyers: take action and send a greetings card with a message of solidarity and support to Li Yuhan! Click here to take action.

Li Yuhan is a human rights lawyer from Beijing. She is known as the “big sister”, a referral to her age and her compassionate attitude. Li Yuhan represented sensitive matters of freedom of belief and access to government information. During the 709 crackdown she defended human rights lawyer Wang Yu. Li Yuhan suffers from a heart disease for which she has been hospitalized multiple times since 2015.

Following Li Yuhan’s disappearance on October 9, 2017, the police only notified Li Yuhan’s family on October 31, 2017, that she had been arrested for “picking quarrels and provoking trouble”. Li Yuhan was placed in detention in Shenyang City, Liaoning Province.

On February 28, 2017, Li Yuhan’s son informed the human rights community that he had heard that his mother had started a hunger strike. He had received this information through the lawyer of one of his mother’s cellmates.

On March 1, 2017, Li Yuhan’s lawyer, Ma Wei, had visited her. Li Yuhan told her lawyer that she was on hunger strike as of February 24, 2017, and she protested her long detention and delayed delivery of necessary medicines.

Li Yuhan’s trial was scheduled for April 9, 2019, but was postponed. According to the judge, the case had to be postponed because Li Yuhan’s lawyer had asked to have witnesses heard at the hearing. According to the lawyer, he had already filed the request for a witness hearing the year before and this may have been used as an excuse to delay the case.

More than a year ago the trial of human rights lawyer Li Yuhan, who was already arrested in 2017, was supposed to take place. Li Yuhan is charged with “picking quarrels and provoking trouble”. Li Yuhan told her lawyer in late November 2019 that the court had said she would be allowed to practice law again when she is released as long as she confessed to her supposed crime. Li insisted that she would not confess.

Her health has been in poor condition during her detention. Nevertheless, applications for bail have been denied and the detention centre has denied her brother to provide her with the medication she needs.