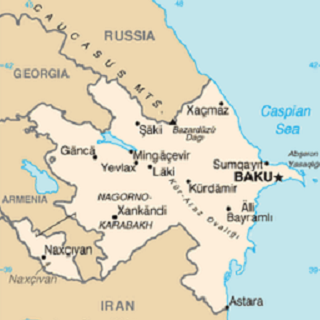 Elchin Mammad is a human rights lawyer practicing in Azerbaijan. Moreover, he is the president of the NGO Social Union of Legal Education of Sumgait Youth (SULESY), as well as the Editor in Chief of the Yukselish Namine newspaper.

Mr. Mammad was arrested by the Sumgayit city police on 30 March 2020 a few days after he had published a critical report on the human rights situation in Azerbaijan. His office was searched in his absence and the police claimed to have found stolen jewelry.

The FIDH reported that: ‘March 31 Sumgait City Court remanded Mr. Elchin Mammad in custody for three months as a criminal suspect under Article 177.2.4 of the Criminal Code of Azerbaijan (“theft causing significant damage”). He since then remains detained at Shuvalan Pre-Trial Detention Center No.3’. There has not yet been any decision about his case.

The arrest and continued detention of Mr. Mammad seem to be connected to his legitimate activities as a human rights lawyer.