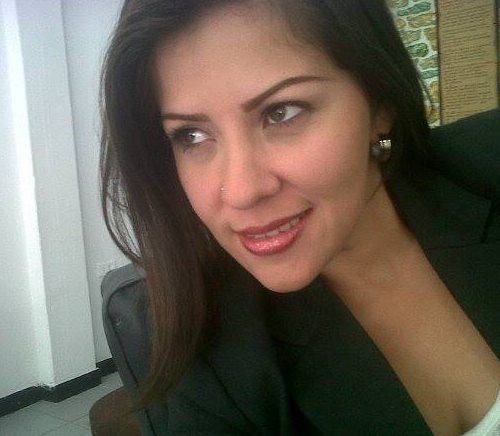 Lawyers for Lawyers is deeply concerned about the safety of Raquel Sánchez, a Venezuelan lawyer, woman human rights defender and coordinator of the Venezuelan NGO Foro Penal, Táchira, a non-governmental organization that provides legal assistance to arbitrarily detained persons in Venezuela. Raquel is also a member of the Grupo de Trabajo Defensoras del Táchira, a group of women defenders who, since 2018, have documented cases of human rights violations in Táchira and provided support for victims. The Latin America focus group of Lawyers for Lawyers spoke with Raquel Sánchez during a video call in which she elaborated on the danger she encounters while performing her job as a human rights lawyer in Venezuela.

During her career as a human rights lawyer, Raquel Sánchez has faced several attacks by unidentified individuals and public officials, who have pressured her to quit her work as a human right lawyer. For example, in June 2016, Raquel and a colleague, were attacked by three masked individuals while they were driving down a road in the center of San Cristóbal, Táchira State. The individuals struck the front windshield and the front door glass, inflicting wounds to Sánchez’s head. Sánchez had to go to the hospital, but the doctor did not want to give her a report that confirmed the cause of her injuries so that she would not have any material to legally process the case. Furthermore, Sánchez was forced to move several times due to threats she received due to her work as a human rights lawyer. She also received threats at her beauty salon – which she was exploiting besides her work as a human rights lawyer – reason of which she was forced to close down the beauty salon.

Sánchez encounters many difficulties when performing her work as a human rights lawyer because persons in positions of authority in Venezuela are deliberately limiting space for her work. The Venezuelan court has, amongst others, denied Sánchez to access the hearing of her clients and refused to receive evidence unless Sánchez’s clients would change lawyer. It is clear that the Venezuelan court and police do not accept lawyers from NGO Foro Penal. In this regard, Sánchez has experienced that in case a political prisoner asks for a lawyer of Foro Penal, the police tries to prevent this by saying that the prisoner will receive a lighter punishment if the case will not be handled by a lawyer of Foro Penal.

Sánchez has filed multiple complaints before the Public Ministry about fears for her safety. Unfortunately, she continues to be the target of attacks and surveillance, which have intensified during the famous human rights case she is currently in charge of in which she represents the victims of a recent incident of police violence. Every time this case gets attention, Sánchez and/or the families of the victims receive (physical) threats. The case relates to a peaceful demonstration (in July 2019) against the inadequate infrastructure for the provision of gas. The demonstrators were protesting with their empty gas bottles. During the demonstration, the Venezuelan police attacked and opened fire causing multiple injuries to those peacefully protesting. Amongst them was minor Rufo Chacón who was shot with pellet gun by police officers in the face, causing him a total loss of vision in both eyes.

On 12 July 2019, Sánchez denounced before the Criminal Judicial Circuit of the State of Táchira and the Superior Prosecutor of the State of Táchira, irregularities in the detention of the alleged perpetrators of the shooting, who continued to be held at the police headquarter where they were working as policemen despite the issuing of a transfer order to another department. Following this, Adriana Parada, mother of the young Rufo was told that the case would not progress until she chose a lawyer not associated with Foro Penal and as long as she did not speak publicly about the irregularities in the transfer of the suspects. Parada refused to change lawyers and the case is still ongoing.

On 28 September 2020, Raquel was interviewed by journalist Zulma López from Regional Television of Táchira, about the victims she is representing in the above-mentioned police violence case. Due to the continuous threats, Sánchez decided to do the interview in her home because she was thinking this would be safer. Unfortunately, this was not the case. During the interview unknown individuals were throwing stones at Sánchez’s vehicle, which was parked in front of her home.

In the most recent months, Sánchez has identified vehicles and officers in surveillance attitude in front and around her home. In February 2021, Sanchez has experienced at least four consecutive situations where vehicles commonly used for intelligence work park in front of her home in an intimidating way or with uniformed police officers checking the interior of her home. In all cases the vehicles or officers leave as soon as they see Sanchez’s attempt to make pictures for evidence. Sánchez informed and showed evidence of such events to the Public Ministry, but this did not lead to any action.