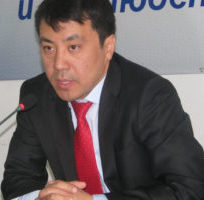 On 24 July 2018, Bauyrzhan Azanov was charged with “dissemination of false information” by the Kazakhstan authorities. These charges are allegedly related to his work as a lawyer. This was reported by the International Commission of Jurists.

Bauyrzhan Azanov is a lawyer working in Astana. He has been representing clients in several sensitive cases. The charges of ‘dissemination of false information’  are related to his work on a case, in which he pro bono represented a child victim of rape. The child had allegedly been sexually and physically abused by older schoolmates for several months.The family of the child had already turned to the police in 2017, but no investigations were initiated until March 2018. Astanov regularly shared information about the progress of the case on social media. Among other things he accused the authorities multiple times of not investigating the case impartially and honestly.

On 18 April 2018, the mother of the child requested at the Prosecutors Office that Azanov be removed from the case, instead of terminating the contract between her and Azanov. On 24 July 2018, the Prosecutor’s Office started a criminal investigation against him for knowing dissemination of false information. Thereby he allegedly created a false idea among the public about the corruption of the justice system, investigative bodies, the mother of the child, other persons and also created a threat of violation of public order. It is feared that the criminal charges against Azanov serve to curb his legitimate activities as a lawyer and may violate his freedom of expression.