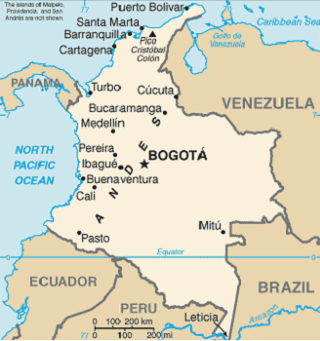 Queremos que anochecezca, pero que no amanezca. We want the night to fall, but not that the sun rises again tomorrow.

After celebrating life in style yesterday, today was supposed to be a calm day, during which we would evaluate last week en groupe and officially close the Caravana with dinner at night. The evaluation did take place, but for Wout, Christian and me, it was in no way a day to sit back, relax and say goodbye to some of the Caravanistas that would fly back home in the afternoon. That last also happened, but a lot happened inbetween too.

Through lawyer Eduardo Cantillo, the Colombian lawyer that coordinated our meetings in Cartagena, Christian and me were able to schedule a meeting with a victim of the famous Colmotores case, Mr. Jorge Parra. Briefly summarised, Jorge Parra was fired from his job as an automobile mechanic while suffering from a severe hernia caused by physical labour from which he never recovered. The same happened to 400 other ex-workers of Colmotores, which by the way is a car material producing company seated in the south of Bogotá. By way of protest, Jorge founded a movement in order to fight the injustice that had been inflicted upon him and his other severely injured colleagues. Since seven years, he has been sleeping in a tent in front of the American embassy by way of protest, since Colmotores is an affiliate of the United States based company General Motors and falls under the authorization of said company.

Jorge has gained a lot of (inter)national attention succes with his protests, and has managed to improve the working circumstances and social-economic position of current Colmotores employees. That being said, Jorge lost his job and house and is living in a tent without any income. He fully depends on charity and suffers from chronic back problems which hinder him from walking and doing any sort of physical work. Thanks to charity, Jorge started studying law this week at a private university in Bogotá, of which he is extremely proud. Het hopes to one day defend his former colleagues in the court of law. His body might not function anymore; luckily his brain is still fully operational.

In his first years of protest, Jorge was offered an amount of approximately USD 250,000 to stop his protest and remain silent about the working situation at Colmotores. Queremos que anochecezca, pero que no amenezca, the board of Colmotores told him. We want the night to fall, but not that the sun rises again tomorrow. Meaning that, by accepting the offer, Jorge could live his life in peace, but he would have to give up his fight against the violations suffered by his former colleagues. The violations needed to be swept under the rug. Jorge needed to keep silent. If he accepted the money.

Jorge rejected. Up until today, he fights for (legal) acknowledgement and decompensation. Not for himself. But for the 400 ex-coworkers that have become his friends and goal in life. Truly inspirational.

For some reason Jorge’s story, but also saying goodbye to the Caravanistas, Rommel and Adil, had me thinking about what is going to happen tomorrow. Or the day after that. I worry about them, obviously. But what will happen to us? Without the daily impact of speaking to victims and human rights lawyers. The Caravana will be officially over tby tomorrow. Wout, the president of the Caravana, and myself will remain in Bogotá for a couple of extra days to attend some additional meetings we have scheduled for Sunday and Monday, but the real Caravana ambiance will be gone by tthen. It will be so strange to have breakfast in a practically empty hotel restaurant. Not hearing the different Spanish accents and other European languages from the Caravanistas around me. No more Christian, no more Gemma. I know it will be good once the sun disappears behind the horizon and the Caravana, or should I say the Carousel, comes to an end. That means that we can finally start with the final Caravana report. However, I need the sun to keep coming up again and again. Every day, every month, every year. Even after the report is finished, published and hopefully widely spread. Because otherwise history will keep repeating itself. Like a carousel without an off switch. Words are simply not enough.