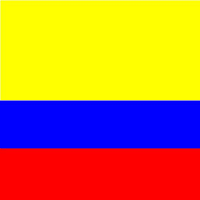 In a joint letter, Lawyers for Lawyers, the Colombian Caravana, the International Bar Association’s Human Rights Institute, the International Observatory for Lawyers in Danger, Lawyers’ Rights Watch Canada, and the Law Society of England and Wales express concern about the safety of members of the Colombian human rights law firm, Corporación Colectivo de Abogados José Alvear Restrepo (“CCAJAR”), in connection to death threats recently issued against CCAJAR in a pamphlet issued in the name of “Águilas Negras”.

According to public sources, on 5 December 2021, death threats were addressed to several individuals and organizations that form part of the victims’ movements and supporters of the historic Colombian Peace Accord. The threats were communicated and distributed in a pamphlet by “Águilas Negras”, which is purportedly a Colombian paramilitary group. Among those threatened in the pamphlet is CCAJAR, whose lawyers are widely known for their representation of victims of the armed conflict and human right violations in Colombia.

The identity of those involved in “Águilas Negras” remains unclear. Colombian government officials have stated that Águilas Negras does not exist as an entity. Others allege that the group operates with support from members of the Colombian military, the security forces, or criminal groups. For decades, hundreds of death threats have been issued and disseminated with impunity in the name of “Águilas Negras.”

CCAJAR lawyers have been at high risk for many years due to their high-profile advocacy. CCAJAR is well-known, not only for representing victims of armed conflict, but also those subjected to human rights violations, including the right to effective judicial remedies for such violations. Among others, CCAJAR represents various Indigenous Peoples of Colombia who have been driven away from their land by paramilitary groups claiming this land for, among other things, economic pursuits such as the extraction of oil, gas and minerals, and the construction of palm oil plantations.

We are concerned that the death threats against CCAJAR are intended to unlawfully curb its legitimate activities as lawyers. We note that in 2019, the Inter-American Commission of Human Rights (IACHR) found that threats against CCAJAR since the 1990s were tied to its human rights defense work.[1] The IACHR concluded at that time that Colombia had failed in its duty to ensure adequate measures to protect CCAJAR members from these risks.[2] We are gravely concerned that Colombia is continuing to fail in its responsibility to ensure effective protection of human rights lawyers, including failure to conduct timely and impartial investigations into threats and attacks against human rights lawyers and defenders.[3]

In the letter, we urge the Colombian authorities to carry out an immediate, independent, thorough, effective and impartial investigation into the threats directed at CCAJAR, including investigation into actors involved with “Águilas Negras,” to identify those responsible, bring them before a competent, independent, fair and impartial court, and hold them accountable in accordance with international human rights law and standards. We furthermore urge the authorities to take all necessary measures to guarantee the security of the members of CCAJAR, and guarantee in all circumstances that all lawyers in Colombia can undertake their legitimate professional activities without fear of reprisals and free of all restrictions.

Click here for the full letter in English and Spanish.

[3] Lawyers for Lawyers, Lawyers’ Rights Watch Canada, and the Colombian Caravana, Mid-term Report – Review of the implementation of recommendations with respect to the rule of law and the role of human rights defenders accepted by Colombia during the UPR in 2018, submitted September 2021, available at: https://lawyersforlawyers.org/en/colombia-upr-mid-term-report/.