Home » News » Concerns about the situation of lawyers in Sri Lanka 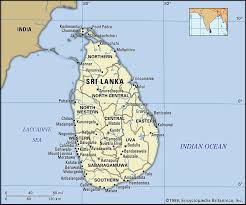 Concerns about the situation of lawyers in Sri Lanka

Lawyers for Lawyers is concerned about the situation of lawyers in Sri Lanka.  It was reported that multiple lawyers are the subject of targeted arrests, threats and intimidation since 2019.

Furthermore, it has been reported that the police have failed to act upon threats being made to the safety of lawyer Achala Senevirathne. She represents the families of 11 youths who have disappeared in 2008, a case in which senior military commanders allegedly have been implicated. She issued a complaint with the police, stating she has been threatened with physical violence and sexualized abuse.

Lawyer Swastika Arulingam has been arrested and detained for several hours on 10 June 2020, after she inquired into the arrest of individuals involved in a peaceful Black Lives Matter solidarity protest.

Lawyers for Lawyers expresses its concern over the situation of lawyers in Sri Lanka and urges the Sri Lankan authorities to guarantee in all circumstances that all lawyers in Sri Lanka are able to carry out their legitimate professional rights and duties without fear of reprisals and free of all restrictions.

Letter on the trial and ongoing detention of Hejaaz Hizbullah

The case against Sri Lankan human rights lawyer Hejaaz Hizbullah at the Puttalam High Court will be taken up on 28 January 2022. In the run-up to the hearing, Lawyers for Lawyers has sent a letter to the Sri Lankan

On 19 November 2021, the bail hearing of Hejaaz Hizbullah took place at the Puttalam High Court. During this hearing, the judge stated that the High Court does not have the jurisdiction to grant bail under the PTA, Sri Lanka’s