Home » News » COVID-19 Series: The impact of the crisis on lawyers in India 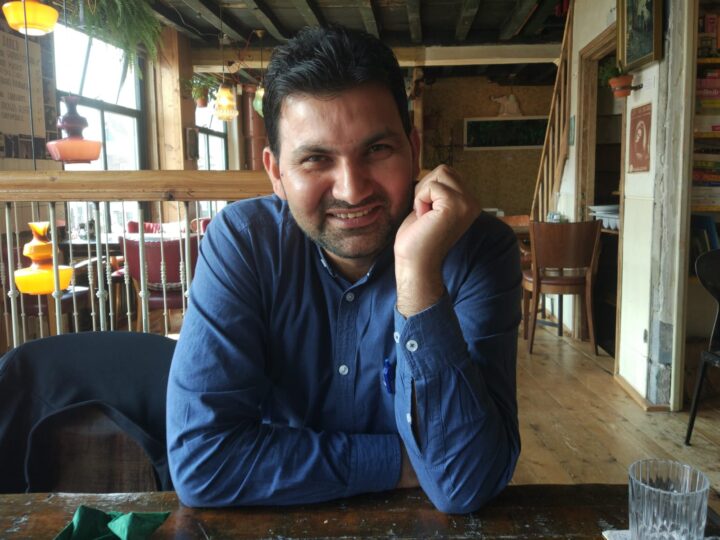 This article in the COVID-19 series covers the insights shared with Lawyers for Lawyers by Akram Akhtar Chouhan, a human rights lawyer from India who represents clients from minority groups such as muslims and the Dalits in his home district of Utter Pradesh. Akram is also the director of the Afkar India Foundation, an organisation which strengthens marginalised sections of society against injustice and inequality by organising and supporting them to actively demand their constitutional rights and citizenship entitlements.

“By the middle of March, 2020, India began to see a spike in the number of reported cases of COVID-19. In anticipation of a severe health crisis, the government announced a nationwide lockdown on the 24th of March.”

The lockdown has been marred by the large number of incidents involving police brutality and torture. This has been reported from every state currently affected by COVID-19. We found that in numerous cases police baton charged people who were leaving their home to  seek essential services such as food supplies and household provisions. Video footage has revealed numerous cases of policemen  singling out individuals and brutally thrashing them in public spaces. As a result there have been reports from several states of deaths on account of such severe police beatings.

The legal sanction for such police impunity was drawn from the imposition of section 144 of the Criminal Procedure Code (Cr.Pc) in every state along with bringing into force the Epidemic and Disease Act 1897. Section 144 of Cr.Pc. prohibits the unlawful assembly of four or more persons, this section has been notoriously used by the police to prevent protest and prevent riots and unrest. This section was imposed in relation to the Epidemic and Disease Act 1897 which allowed the police to  book an uncounted  number of people for the violation of the lockdown. In Uttar Pradesh alone, in the first 15 days of lockdown more than ten thousand cases were registered along with other draconian provisions of the Indian penal code.

Even though the provisions mentioned in section 144 of Cr.Pc and the Epidemic and Disease Act 1897 happened to be bailable, a large number of people were arrested by police. Those arrested were said to be released only on the payment of bribes. A more severe implication of the misuse of these provisions was the arrest of daily wage earners and poor migrant workers who were stranded in various states and were booked under these provisions.

Access to justice was limited due to the closure of courts and also the targeting of lawyers. Lawyers looking to respond to cases of human rights violations were limited not only due to the closure of judicial complexes but also road blockades. Lawyers were not allowed to open their chambers in many of the Indian states for more than two months. Being unable to open their chambers has severe consequences for the ongoing struggle for human rights. Families of arrested persons will remain deprived of legal aid as not only can they not visit the lawyers chamber’s, they are also prevented from visiting the police station to file complaints or secure release of their family members. This has given a free hand to the state police which has continued to arbitrarily arrest and book people without following the relevant legal proceedings. Due to the police brutality and torture, a migrant labour hanged himself in district Lakhimpur. Due to the lockdown the family was unable to access the courts as the court complex and chambers were shut.

Reports of police brutality against lawyers have also come to attention. A lawyer was beaten up by Madhya Pradesh state police while he was on his way to a government hospital. He filed a police complaint against his alleged offenders and a month later, pressure is being applied on him to withdraw his complaint. In their defence the police officials have responded by saying that the man in question was beaten up as he came across looking like a muslim.

Direct effect of COVID-19 on my profession as a lawyer

As a litigant I am pursuing several cases proceedings which are currently pending in lower and high courts. My efforts to help victims of violence has suffered greatly due to the ongoing restrictions on travel and the closure of courts.

At the time of the lockdown I was pursuing more than 15 cases, most of them were hate crimes and extra judicial killings cases,  in the state of Haryana and different districts of Uttar Pradesh. On account of the lockdown the borders between Uttar Pradesh and Haryana state border was sealed which limited my movement across states.

I have documented an increase in human rights violations in my home districts ever since the lockdown began. I have only been able to reach the victims over phone as the lockdown has restricted my movement and prevented me from reaching the aggrieved families.

I also conducted regular training on access to justice and human rights. A series of such workshops were planned in the month of April and May in collaboration with my colleagues. These are currently postponed and await a later date to be conducted.

The communalisation of the COVID 19 has permeated into areas such as my home district. Muslims have been blamed via fake videos that are circulated over social media and national news channels. As a result several muslim venders and hawkers have been targeted brutally crippling them financially and emotionally. Despite repeated instances of hate crimes no action has been taken against the attackers. Instead, the victims have been blamed and arrested which only goes on to expose police biases in the region.

The closure of the courts has led me to shift my works towards providing assistance to migrant workers and daily wage earners. Over more than two month me and my team have been able to access over two thousand families with dry ration, assisted mainly by our donor networks.”