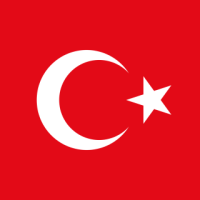 Over the last year, the Turkish government has increased the pressure on independent bar associations in Turkey by passing a disputed law and launching multiple criminal investigations into bar associations.

In June 2020, the Turkish government proposed a new draft law amending Turkey’s Law on Lawyers. Plans for the new draft bill were announced shortly after criminal investigations were launched into the bar associations of Ankara and Diyarbakir. On 11 July 2020, the Turkish parliament passed the controversial draft law which allows the creation of various bar association in each of Turkey’s provinces. With this step, the government intends to dilute the existing bar associations in, for example, Istanbul, Ankara, Izmir, and Diyarbakir – many of which are outspoken critics of the Turkish government regarding the rule of law and human rights and actively support the fight against torture – by forming multiple bar associations in the same province. On 1 October 2020, Turkey’s Constitutional Court rejected the request for the annulment of the law. The appeal was filed by the main opposition Republican People’s Party (CHP).

On 9 October 2020, the European Commission for Democracy Through Law (Venice Commission) issued an opinion on the amendments and stated that “there is a real risk that the creation of multiple bar associations in the same city, based on voluntary membership, will lead to further politicisation of the legal profession. This is incompatible with the neutral role which the attorneys should normally play. It will also endanger the independence of attorneys, which is implicitly required by the international human rights treaties, by the soft law standards and which is one of the requirements of the rule of law”.

The Ankara Prosecutor’s office launched a criminal investigation into the Ankara Bar Association on the grounds of “openly disrespect[ing] the religious belief of a group” (article 126(3) of the Penal Code of Turkey). This investigation was opened after the Ankara Bar Association filed a complaint – on 27 April 2020 – against the head of Turkey’s Religious Affairs Directorate, Mr. Ali Erbaş. The latter, in a sermon on 24 April 2020, referred to COVID-19 generally and, referencing HIV, suggested that members of the LGBT community spread disease, urging people to “join the fight to protect people from such evil”. In its complaint, the Ankara Bar Association argued that Mr, Erbaş’ remarks appear to constitute public provocation of hatred and hostility, an offence established in article 216(2) of the Turkish Penal Code. Eleven board members of the Ankara Bar Association gave their defence statement to the Prosecutor’s Office on 20 July 2020. No decision has been taken yet.

The former board members of the Diyarbakir Bar Association are also under criminal investigation over their declaration entitled “We share the unmitigated great sorrow of Armenian People” published on 24 April 2018. While a court hearing was planned on 8 July 2020, it has been suspended due the COVID-19 pandemic.

On 7 October 2020, it was reported that a criminal investigation has been launched into the Urfa Bar Association President Abdullah Öncel and 25 lawyers registered with the bar association, after they participated in a peaceful sit-in to demonstrate against the amendments to Turkey’s Law on Lawyers. The amendments to this Law aim to reform Bar Associations in Turkey. The investigation was launched by the Şanlıurfa Public Prosecutor’s Office and was initiated on the grounds of alleged “opposition to the Law on Meeting and Demonstration No. 29”.

Most recently, on 28 October 2020, it was reported that the Diyarbakir Chief Prosecutor’s office launched a criminal investigation against the president of Gaziantep Bar Association, Bektaş Şarklı on charges of  “causing the judge in charge to become the target for terrorist organizations by revealing his identity”.

This investigation was opened after Şarklı shared a post of Mezopotamya Agency on its official Twitter account about the joint statement issued by 53 bar associations regarding the insulting words of the judge of Diyarbakir 1st Criminal Court of Peace against Cihan Aydin, President of the Diyarbakir Bar Association.

During a hearing on 28 June 2020, the judge used the following expressions against Aydin, “Are you here to provocate, your voice is loud” and “You are being rude. Don’t be rude”. The judge did not record these statements in the court proceedings. 53 bar association issued a joint statement in reaction to the insulting discourse of the judge.

Actions from Lawyers for Lawyers