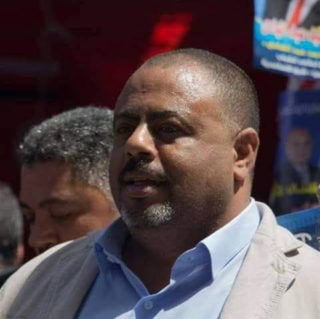 Lawyers for Lawyers is concerned about the arrest and detention of human rights lawyer Mohamed Ramadan from Egypt. On 2 January 2019, we called upon the Egyptian authorities to immediately release Mohamed Ramadan and drop all the charges against him.

Mohamed Ramadan is a human rights lawyer who previously worked for the Arabic Network for Human Rights Information (ANHRI). His activities include legal representation of victims of torture and providing legal assistance to human rights defenders and political prisoners.

On 10 December 2018, Mr. Ramadan was arrested by plainclothes security officers after attending proceedings concerning the renewal of a detention order against one of his clients. Mr. Ramadan is facing several charges including “belonging to a banned group”, “spreading false news through social media” and “provoking social unrest”. The police claim to have seized five yellow jackets during his arrest that they suspect were going to be used in protests against the regime. He was taken to the National Security Agency headquarter in Alexandria and his whereabouts remained unknown to his family and lawyers until he appeared before the public prosecution in Alexandria on 11 December 2018. The public prosecution ordered the 15 days pre-trial detention of the human rights defender.

Furthermore, on 25 December 2018, an Alexandria prosecutor’s office renewed the detention of Mr. Ramadan for 15 days. Mr. Ramadan has reportedly been suffering from a series of health complications and a lack of proper medical care in custody.

Lawyers for Lawyers is very concerned about the situation of lawyers in Egypt. The arrest of Mr. Ramadan seems to be part of a wider crackdown by the Egyptian authorities against human rights defenders, including lawyers, and independent civil society. Lawyers for Lawyers will continue to closely monitor the case of Mohamed Ramadan.