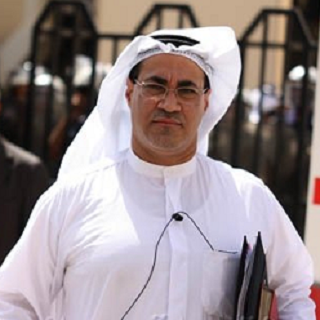 In Bahrain as well, massive protests have led to arrests on a vast scale. Around 600 people, with many human rights defenders, political leaders, trade unionists and doctors among them, have reportedly been arrested since the beginning of February 2011. It is often unknown where they are being held, let alone that any of them has access to a lawyer. L4L was also informed about the arrest of a lawyer, Mohamed Issa al-Tajer. He is a famous lawyer, who has defended many of the protesters in court.

According to our information, he was arrested at his home in the presence of his wife and children, just after midnight on 16 April 2011. Before the twenty plainclothes officers that had entered his house took him with them, they searched the house thoroughly and took several computers and mobile phones. When he was arrested, he wasn’t beaten or mistreated, but the arrest of their father has deeply impressed the children. Where he has been taken is still unclear. Mohamed Al Tajer’s wife, a doctor, fears she will be arrested as well.

The arrest seems to be part of the bigger wave of arrests that has affected many who have in one way or another been involved in the peaceful protests in Bahrain. It seems that the Bahraini government intentionally hinders Mohamed al-Tajer in the execution of his profession. L4L has organized a letter writing campaign; here you can find the letters that were sent at the time.