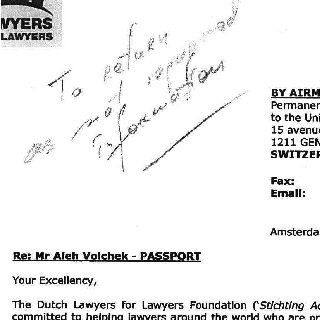 L4L received a dissappointing response of the Permanent Mission on Belarus to the United Nations. This was sent in response to a letter writing campaign for Aleh Volchek that was sent in February 2012.

As seen on the picture, the letters of the writing campaign were to be returned ‘as not requested information’.