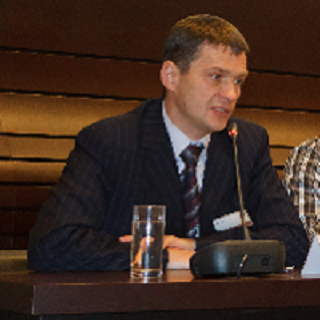 UPDATE: During a hearing on 4 July 2017, the Frunzensky District Court of Minsk changed Oleg Volchek’s sentence of 13 days imprisonment to a fine of 575 Belarusian Rubbles (approximately €260).

Lawyers for Lawyers is concerned about the trial against Oleg Volchek, a prominent human rights lawyer and director of the non-governmental organisation Pravovaya Pomoshch Naseleniyu (Legal Aid to Population). Tomorrow, a hearing has been scheduled about Oleg Volchek’s complaint about procedural violations and his conviction in absentia on 2 May 2017.

On 17 February 2017, Oleg Volchek participated in a demonstration in Minsk. Another demonstration took place on March 15. Through these peaceful protests, participants called on the authorities to withdraw Presidential Decree No 3 on the ‘Prevention of Social Dependence’. This Decree targets and imposes a tax of around USD 250 on Belarusians who have worked less than half a year and are not registered at the country’s labour offices. A few weeks after the demonstrations, Oleg Volchek was charged with ‘participating in unauthorized peaceful assembly’ and on 21 March 2017, sentenced to thirteen days’ imprisonment by the Frunzensky District Court. That same day, he issued a complaint and requested a re-investigation. On 31 March 2017, the Minsk City Court dismissed Oleg Volchek’s conviction and ordered the Frunzensky District Court to re-investigate the case against him.

According to our information, in June 2017, Oleg Volchek’s lawyer was informed that the Frunzensky District Court of Minsk city reissued the guilty verdict against Oleg Volchek and sentenced him to thirteen days’ imprisonment. Prior to that, on 2 May 2017, this Court had held a hearing on the results of the reinvestigation and found Oleg Volchek guilty of participating in an unauthorised peaceful assembly.

Neither Oleg Volchek nor his lawyer were informed of the results of the re-investigation of the case, nor were they notified by the Court about the ongoing trial. Oleg Volchek was therefore unable to prepare his defence before the Court, attend the court hearing on the 2nd of May and to appeal within the set time frame. However, Oleg Volchek submitted an appeal anyway to the Minsk City Court and this Court allowed the appeal, recognizing that there were procedural violations. Subsequently, a hearing has been scheduled about Oleg Volchek’s complaint about procedural violations and his conviction in absentia for tomorrow, 4 July 2017, at the Frunzensky District Court.

Lawyers for Lawyers called on the authorities of Belarus to drop all charges against Oleg Volchek, and put an end to all acts of harassment against him, including at the judicial level.