Home » News » Board of the Diyarbakır Bar acquitted of all charges 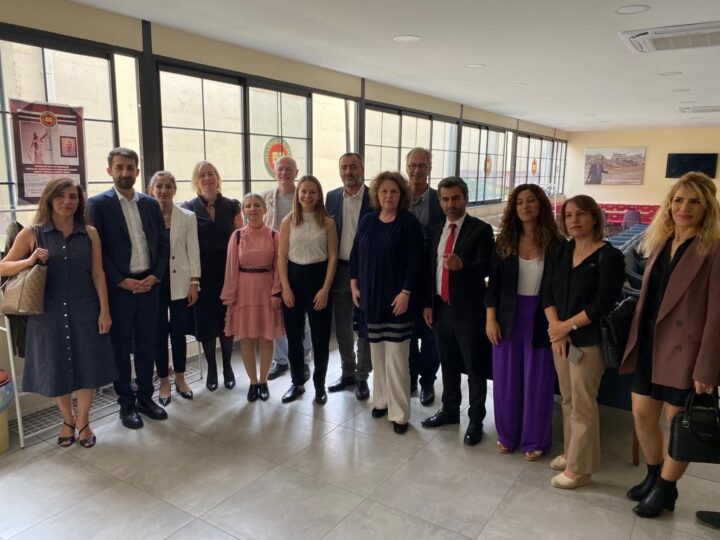 Board of the Diyarbakır Bar acquitted of all charges

On 17 October 2022, several representatives of Lawyers for Lawyers observed a hearing in the trial of eleven members of the board of the Diyarbakır Bar Association. The board was accused of Publicly Degrading the Turkish Nation, the State of the Republic of Turkey, the Grand National Assembly of Turkey, the Government of the Republic of Turkey, and the Judicial Organs of the State, for posting statements on their website “to commemorate the experiences by the Armenian people in 1915” and for posting statements to express concern about the prosecution of their colleagues after they had posted similar statements in the years before.

In the statement dated 24 April 2019, titled “To the Press and the Public”, the Bar Association among other things wrote it “would like to conceptually describe the experiences of the Armenian people within the framework of international law. However, in 2017 and 2018, two separate investigations were initiated against the incumbent President of the Bar Association and Board Members due to their statements regarding 1915, and these investigations are still pending”. On 2 December 2019, in a following statement, it wrote: “(…) The fact that our Bar Association has been targeted by the highest officials of the State in recent years, and as if that were not enough, has been subjected to investigations and prosecutions by the judicial authorities in an attempt to silence it, clearly shows that the government and the judiciary are acting in collaboration (…)”. The board consequently became subject to a criminal investigation based on Article 301 Section 1 and Article 53 of the Turkish Penal Code, facing a maximum penalty of 3 years in prison.

Together with representatives from AED and Fair Trial Watch, and with the President of the Gelderland Bar Association, Lawyers for Lawyers attended the hearing in the Diyarbakır Criminal Court (Diyarbakır 11 Ağır Ceza Mahkemesi). In addition, many Turkish lawyers joined the hearing to support their colleagues.

The defendants first presented their defence statements. They asked for acquittal, as this trial impeded their right to freedom of expression and therefore would have no basis. The defendants inter alia referred to case law of the European Court of Human Rights, in particular the Akçam case. The prosecution also asked for acquittal. It argued that the elements of the crime had not been met. In addition, it stated that the defendants did not have the intent to insult the Turkish State.

Hence, both sides plead for acquittal. However, they used a different basis to come to this conclusion. The defendants argued they would have to be acquitted because of their right to freedom of expression, whereas the prosecution argued the elements of the crime had not been met. A lawyer representing the defendants clarified: “We are embarrassed to come here every year. We do not want to be acquitted because the elements didn’t meet the crime. You have to acquit us because we are allowed to make these statements”.

During the trial, a legal opinion written by Lawyers for Lawyers was presented and submitted to the court. The legal opinion provided guidance on the legality of the criminal proceedings that were initiated against the defendants in the context of international and European law. It focused on the important role of lawyers in the public debate, and in particular, the high margin of freedom lawyers enjoy in addressing matters concerning public international law, human rights and the judicial system.

After the submission of the legal opinion, the defendants had presented all their arguments. The court came to a conclusion during the trial: all defendants were acquitted. A motivated judgment will follow soon.