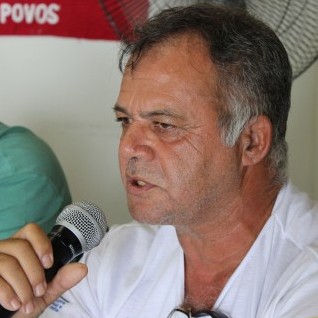 Human rights lawyer Ermogenes Jacinto de Souza is facing a complaint filed by the former president of the National Bar Association, Hélio Vieira. According to our information, this charge was made in connection to the lawyer’s professional activities in defending a community of peasants. This community was living in an area that was reclaimed and of which the former President of the Bar Association is now the landlord.

Ermogenes Jacinto de Souza is originally a business lawyer and defends workers, but is also much concerned with the Amazon, where there is a lot of conflict. He defends farmers who have been in agrarian conflicts with their landlords for years. He represents clients in cases of deprivation of land by large companies and victims of killings, roadblocks and aggressive police actions.

Meeting with L4L
In 2010, L4L met with members of the Brazilian Association of People’s Lawyers (Associação Brasileira dos Advogados do Povo, ABRAPO), including Ermogenes Jacinto de Souza. Even then it was reported that De Souza was severely hampered in doing his work. Unfortunately, this has worsened over the years. De Souza is facing direct threats from gunmen, landlords, police agents and police commissioners, even inside court areas. As the lawsuits and police inquiries usually take place in courts and police stations in small villages, he is often unable to attend the lawsuits due to the risks he is facing.

Actions to take
L4L is very worried about the situation of Ermogenes Jacinto de Souza and the current complaint filed against him. L4L is currently considering what actions to take on his behalf.