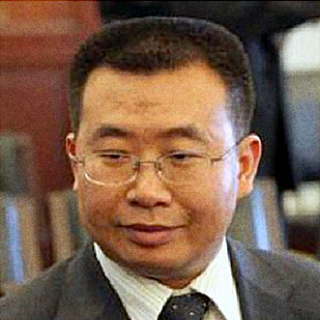 Lawyers for Lawyers has grave concerns about lawyer Jiang Tianyong from China. He disappeared on the evening of 21 November 2016 after visiting the wife of detained human rights lawyer, Xie Yang.

On 21 November 2016, Jiang Tianyong accompanied the wife of Xie Yang and three other lawyers to Changsha Detention Centre. He tried to arrange a meeting with the detained Xie Yang. At 10:22 pm, Jiang Tianyong informed his wife that he had purchased his return train ticket from Changsha to Beijing, which was scheduled to leave 30 minutes later. This was Jiang Tianyong’s final communication with his wife. Since that time, none of Jiang Tianyong’s family, friends or colleagues have seen or spoken to him.

On 23 November, one of his family members reported Jiang Tianyong’s disappearance to the Tongbolu Branch of the Zhengzhou Public Security Bureau. The officials refused to take up the case citing jurisdictional constraints because, although Jiang Tianyong’s residential status is registered in Zhengzhou, it was unclear where he was last seen.

Jiang Tianyong has been subjected to arrests and detention in the past. Most recently, he was arrested together with 3 colleagues in March 2014, while investigating the illegal detention of citizens in a so-called ‘black jail’ (an unofficial detention centre). He was released on April 6 after a 15-day administrative detention period. It has been reported that he had also suffered injuries as a result of abuse in custody. Many organizations, Lawyers for Lawyers amongst them, fear he is again at risk of torture or other ill-treatment.

We called on the Chinese authorities to order an immediate, impartial, independent and effective investigation into Jiang Tianyong’s fate and whereabouts.