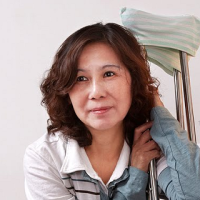 The Dutch ‘Human rights Tulip’ 2011 was awarded by the Dutch Ministry of Foreign affairs to the Chinese lawyer Ni Yulan. The ‘Human Rights Tulip’ is the human rights award of the Dutch Government. The Government awards this price to a person that showed exceptional courage in protecting and promote human rights in his or her country.

Ni Yulan worked for 18 years as a lawyer on politically sensitive cases, but the past few years she has focused mostly on people losing their homes because of the Olympic Games in 2008. After filming the demolition of one of those homes, she was arrested, and her feet and kneecaps broken. Since then she has been confined to a wheelchair. Because of her protest against the beatings, she was sentenced to one year in prison. Also, because of the criminal prosecution, her license as a lawyer was revoked.

Ni Yulan was put in prison several times due to her ongoing challenging the illegal expropriation and demolition of homes, including her own house. Despite all this, she continues to play an important role for human rights activism in China: she is in contact with many human rights lawyers and activists and publishes on threats against them.

On 7 April 2011, Ni Yulan was arrested for the third time, together with her husband Dong Jiqin. Ni Yulan and her husband are in great danger of being physically beaten again. For “picking quarrels and provoking trouble”, the offences they are officially charged with, they can receive a maximum sentence of five years’ imprisonment under Article 293 of the Chinese Criminal Code.