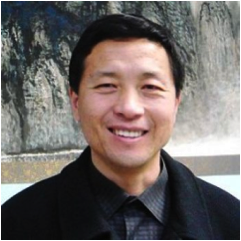 In a report dated 14 April 2014, recently translated from Chinese and posted online, Tang Jitian tells in great detail about his recent 16 day detention and torture by the police in Jiansanjiang, in the northeast of China. Together with Jiang Tianyong, he travelled to Heilongjiang province to investigate the ‘legal education centre’, which is actually, according to Tang Jitian, being used as a base for arbitrary detention and brainwashing.

After he had visited the centre to call those in charge to account, he and three other lawyers, Jiang Tianyong, Wang Cheng and Zhang Junjie, were arrested on 21 March 2014. Next, they were severely tortured. Tang Jitian suffered fractured ribs and damaged teeth, among other things. The torture aimed at getting him to sign a statement in which he, among other things, had to denounce the forbidden Falun Gong religion as an ‘evil cult’.

After having been tortured for over a day, he was willing to speak to his interrogators. He was sentenced to 15 days in prison and a fine. During the two weeks of detention that followed, he was interrogated every day. His interrogators tried – without success – to blame him for all sorts of criminal offences, particularly in relation to this work for Falun Gong practitioners and for a human rights advocacy group he is part of. According to Tang Jitian, the four of them had undoubtedly been held in detention longer, if it weren’t for their friends’ calls to set them free.

As long as torture persists, it will be difficult to eliminate injustice, according to Tang Jitian. Despite these experiences, he will continue to work as a lawyer with a focus on human rights issues.

In April, L4L called upon the Chinese authorities to investigate the torture.