Home » News » Kinshasa-blog With Lawyers for Lawyers to Kinshasa 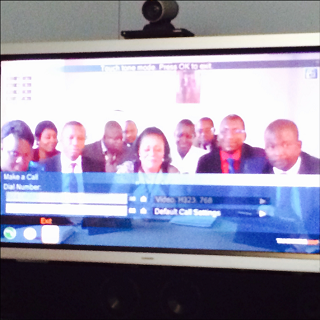 Kinshasa-blog With Lawyers for Lawyers to Kinshasa

Soon we will leave with seven attorneys from the Netherlands to the Democratic Republic of Congo. It is an initiative of Lawyers for Lawyers Foundation (L4L) and the Justice & Peace Foundation in the context of the Connect2Protect project. The goal of this project is to have local human rights defenders supported by professionals from the EU. Justice & Peace has already linked several professionals from different countries, for the promotion of human rights. For instance, Dutch MPs have previously been linked to human rights defenders in Burundi. Now lawyers from L4L have this honour.

The Dutch foundation L4L aims to improve the position of lawyers who are being threatened in the course of their work around the globe. Since two years I have been working as a volunteer for L4L, next to my work as a lawyer for the Dutch law firm CMS.

The goal of our trip is to help a group of lawyers working in Kinshasa, Congo, in strengthening the position of the independent lawyer and human rights defender in Congo. We will probably go into Congo, visit the parliament, speak with the EU Working Group on Human Rights and pay a visit to the Ministry of Justice and give presentations on the UN Basic Principles on the role of lawyers.

In addition, the aim is to get to know each other, so that the Congolese and Dutch lawyers can be linked to each other. In this way, long-term cooperation can be established so that the Dutch lawyers can continue to support their African counterparts in their work (by talking with them about their situation, the application of the law, but the assistance may also be very practical, e.g. consist of looking up international jurisprudence).

Foreign attention is especially important to get the focus on the position of lawyers in Congo. In our profession, e.g. in the Netherlands, it is quite normal that you are not in associated with the clients that you assist and defend. In Africa and Congo, this is not obvious, especially when it concerns controversial matters. The government often assumes that the lawyer who defends a political dissident, probably will himself be a dissident, so that lawyers cannot always do their work in safety and independence. The international community calls for a new law that guarantees the independence and protection of human rights defenders. In July 2014, during the Universal Periodic Review of the state of human rights in the DRC, many recommendations were made to adopt such a law. Although the Government of the DRC has promised to do that, this law is not yet implemented. The lawyers bill in Congo dates back to 1971 and is due for renewal.

This project was initiated during Irène Esambo’s stay in the Netherlands. Irène leads a group of lawyers in Kinshasa. This group was created in response to the murder of human rights defender Floribert Chebaya. Since she is representing his widow and children, Irène Esambo was threatened several times. The murder has allegedly been committed on behalf of people associated with the national police. The work of Irene is politically very sensitive and dangerous.

In preparation of our trip, we talked the group of Congolese lawyers via video conference (photo on the left), we followed a course in Legal French (although it was only one day) and now the administrative tasks have been completed and the tickets booked. Thanks to the Dutch embassy in Congo, we fly to Kinshasa on May 31, 2015.

Through this blog I like to share my personal experiences and impressions from this visit to Congo, a visit from an ordinary lawyer from Amsterdam to Kinshasa. It will be no historical or scientific report, so forgive me for any inaccuracies or liberties. My goal is to give you an opportunity to look with me and through my eyes at Kinshasa and thus paint a picture of the work of Lawyers for Lawyers and the important role of lawyers in a developing rule of law. 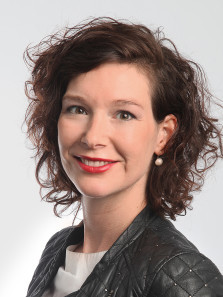 Pre-session Democratic Republic of the Congo

UPR-submission Democratic Republic of the Congo