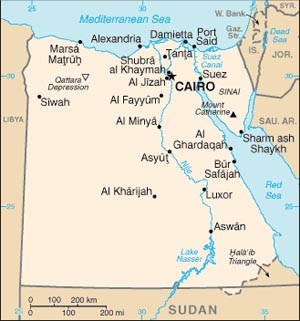 The human rights situation in Egypt is quickly deteriorating. L4L was informed about several cases involving human rights lawyers, which illustrate a repression campaign targeting human rights defenders opposing the current regime in the country since the “Protest Law” was passed in November 2013.

Human rights lawyer Ms. Mahienour el-Massry is facing trial on charges of “assaulting security forces”. In March 2013, El-Massry and other lawyers went to Raml police station to provide legal assistance to three activists who were arrested and sent to the police by supporters of the Muslim Brotherhood. The lawyers were attacked by the police in the police station and Ms. El-Massry was detained briefly before the Prosecution decided to release her and the others. The case was only referred to court on May 8, 2014, but the appointed judge resigned from the bench, and the next hearing before a different circuit is scheduled for June 16, 2014. L4L wrote a letter to the Egyptian authorities expressing concern about the detention of El-Massry and the upcoming trial.

Moreover, El-Massry was, together with lawyer Mr. Hassan Mustafa, charged with “protest without a permit” and “assaulting security forces”, after they organized a peaceful protest aimed at denouncing police repression in Egypt, as well as the repression of a peaceful demonstration to call for her release. On 2 January 2014 they were convicted in absentia to two years imprisonment. Directly after the hearing Mahienour el-Massry was detained. On 26 June 2014, the appeal hearing in this case will take place.

Ms. Mahienour el-Massry was supported by many of her colleagues, who themselves were targeted recently for showing this support. On 22 May 2014, the Egyptian security forces violently repressed participants to a solidarity march organised outside of the headquarters of the Egyptian Centre for Economic & Social Rights (ECESR) in Alexandria. The march followed on a press conference organized to show support for Ms. Mahienour el-Massry. Messrs. Mohamed Ramadan and Mohamed Hafez, lawyers of the Arabic Network for Human Rights Information (ANHRI) in Alexandria, were among those beaten and arrested by the police.

L4L is worried about these recent developments in Egypt, and the continuing targeting of human rights lawyers. L4L is currently deliberating on what actions to take for Ms. El-Massry and her colleagues.