Reports of missions in which independent experts present their findings about the information they have gathered and the research they have done into the facts about a particular situation or conflict, are valuable sources of information for the United Nations and other state institutions and organizations to be able to act.

In 2006 and 2008, Lawyers for Lawyers sent a team of eight independent lawyers and judges from Belgium and the Netherlands to the Philippines to look into the killing and harassment of their Filipino colleagues. The findings and conclusions of the missions were published in two reports of 4 June 2009 and 24 July 2006 respectively.

The practice of labelling (classifying victims as ‘enemies of the state’), the involvement of the military in politics, the proliferation of private armies and vigilante groups and the culture of impunity have been identified by national and international fact finding bodies as the main root causes for the alarming rate of extrajudicial killings, including the extrajudicial killings of lawyers, in the Philippines.

The main root causes of the extrajudicial killings are well documented in chapter 2 of the report of the International Verification and Fact Finding Mission organized by Lawyers for Lawyers in 2008.

The Caravana is a fact finding mission organized from London in cooperation with local Colombian lawyers. One of the main goals is to increase the visibility of the work of Colombian human rights lawyers. In order to achieve this, the various participants travel to Bogota and other Colombian regions to speak with judges and lawyers and their clients, and with authorities such as the Public Prosecution, the ombudsman, embassies and ministries.

Participation in the mission contributes in various ways to the work of Lawyers for Lawyers. By asking attention internationally to the findings of the mission, Lawyers for Lawyers can call for effective measures to ensure the safety of Colombian lawyers, judges and prosecutors in the performance of their work. Many threatened lawyers emphasize that international pressure does indeed help, according to lawyer Jorge Molano, winner of the L4L Award 2015, de facto even more than the armored cars, armed bodyguards and bulletproof vests. 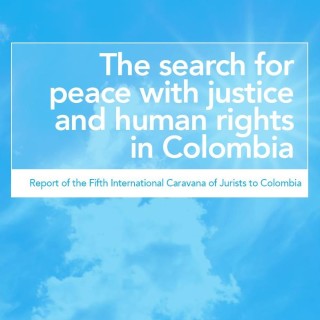 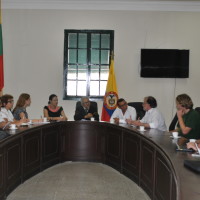 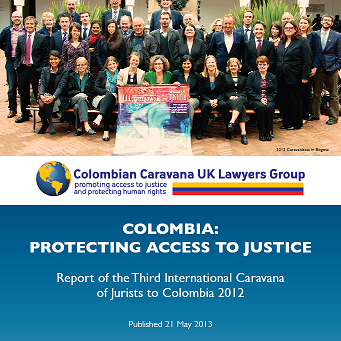 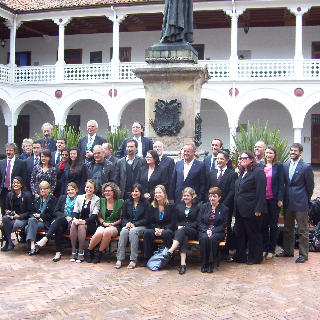