Home » News » From one day to the next, everything is at stake. Lawyer Iurii Grygorenko tells what is happening in Ukraine 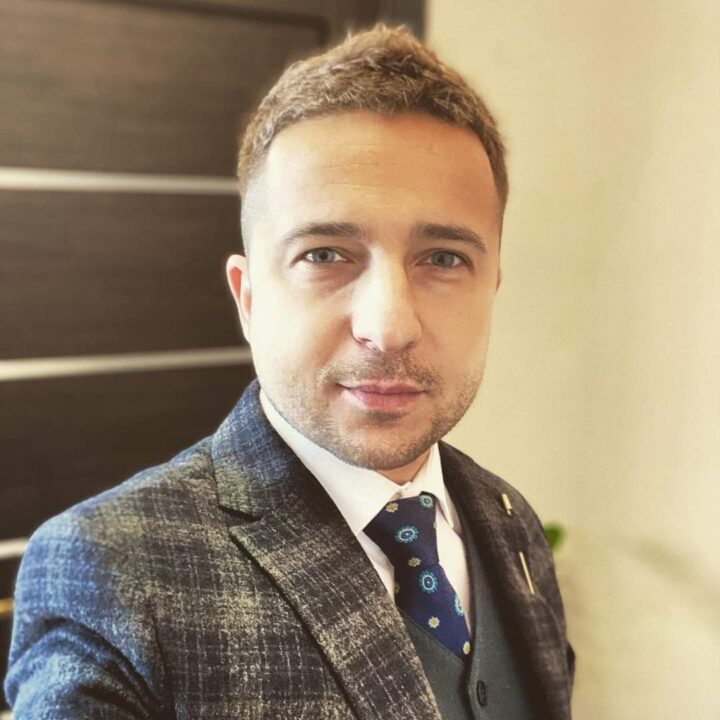 “Excuse me, I’m still a little sleepy. Lots of air raid sirens last night.” Iurii Grygorenko, lawyer and member of the Ukrainian National Bar Association’s Committee for Lawyers Rights, shows up at 9 a.m. on 18 March 2022 for an online interview with the Advocatenblad. Twenty-three days ago, Russia invaded Ukraine, which left Grygorenko “perplexed and confused.” It’s not that people didn’t know about the troop buildup. “We just couldn’t imagine that a state that calls us ‘brother people’ would come and kill us.” But the unimaginable happened, and nothing is the same anymore.

Grygorenko had a lawyer’s practice in the capital Kiev, which mainly focused on corporate criminal law. That work has come to a complete standstill, as Kiev is nearly encircled and being bombarded. Grygorenko left for his hometown of Odessa, the southern Black Sea port city where his parents live.

For the time being, and despite the frequently blaring sirens, Odessa seems safer than Kiev, or Kharkiv, the city where the Ukrainian National Bar Association’s President Lydia Izovitova comes from and partly lives. At the end of last year she gave an interview to the Advocatenblad in which she talked about the challenges of an independent legal profession in Ukraine, rather than the Russian threat. How is she doing now? Grygorenko: ‘She’s been deeply affected by the terrible bombing of her city, but as a leader she cannot show that. She occupies herself by managing the financial support of lawyers.”

That support is desperately needed. Grygorenko: ‘We made a donation to the army from the annual bar contributions. As a result, there is less money, while many lawyers need support. Some are homeless due to the bombings, they have nothing. And a lot of lawyers are out of work.’ Most lawyers work in the cities where fighting is going on or is expected. The demand for legal aid has virtually disappeared, as everyone is busy trying to survive. The courts now only deal with criminal cases, mainly of Russian sabotage groups and looters, says Grygorenko. It is very difficult to find other work in the current circumstances.

Many lawyers do volunteer work: they help organize resistance, try to raise funds for military equipment, offer their services to the defense forces. Some fight at the front; that day may also come for Grygorenko himself. “I am a reserve officer, and the reserve troops will be mobilized in three waves. I am part of the third wave.” How does he feel about this? “If someone wants to claim that it’s not scary to fight…it is scary. But I have taken an oath to defend the country, and the need to do so is greater than the fear.”

Grygorenko has hope for a good outcome. “Honestly, we didn’t think the Ukrainian military would hold up so well. And the population too. We hear the Russian army doesn’t have enough people and equipment, that they aren’t motivated. If the West gives us the tools, we’ll do the work. We will not only protect ourselves, but also the other countries in Eastern Europe. Putin’s ultimate goal is to revive the Warsaw Pact. Including countries like Poland, the Baltic States, Hungary, even the GDR. We want to be Europeans, we respect human rights. Now that Russia is out of the Council of Europe, they’ll reintroduce the death penalty. Please help us protect ourselves and Europe from this aggression.”

Donations to the Ukrainian National Bar Association can be made through: https://www.advocatenblad.nl/2022/03/21/doneren-aan-orde-van-advocaten-oekraine/

Contributions will only be used for financial support of lawyers.

This interview was originally published in Dutch in the Advocatenblad and written by Trudeke Sillevis Smitt. Lawyers for Lawyers received permission to post the English version of the interview on our website.

On 25 March 2016, police discovered the body of Ukrainian lawyer Yuri Grabovski. The lawyer was reportedly found shot and buried near the Kiev-Odessa main route. Yuri Grabovski had been acting as the defence lawyer in a high profile and