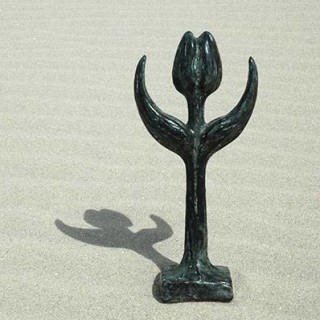 The Human Rights Tulip is an award of the Dutch government, organized by the Ministry of Foreign Affairs, for courageous human rights defenders who promote and support human rights in innovative ways. This year, three human rights lawyers are among the nominees. From 28 August until 6 September, everyone can vote on their favourite candidate to win!

Wang Quanzhang has pioneered the use of social media in his approach to human rights defense, using public advocacy in tandem with legal representation. He is actively training and working together with other rights defense lawyers, locally-based ‘barefoot’ lawyers, and victims, to develop a social movement. Wang Quanzhang’s fight for the protection of basic human rights has not gone unnoticed. The government of China has flagged him as a threat to national security and he disappeared on August 3, 2015 in the “709-crackdown”. As of today, he still remains in incommunicado pretrial detention*. You can read more about Wang Quanzhang and vote by clicking this link: http://bit.ly/2xr7Lot

Azza Soliman is an Egyptian women’s rights defender and human rights lawyer. She is also one of the pioneers of Islamic feminism in Egypt. Azza Soliman founded the Centre for Egyptian Women’s Legal Assistance (CEWLA) to provide legal assistance for women who are survivors of violence, abuse or come from marginalized communities such as refugees and victims of trafficking.

The Egyptian government is investigating Azza Soliman in the case known as the ‘foreign funding case’ targeting several well-known Egyptian NGOs and human rights defenders. As a result, she was issued a travel ban and the freezing of both her personal assets as well as the assets of her law firm. Azza Soliman now faces a life-long imprisonment because of her brave human rights work*. You can read more about Azza Soliman and vote by clicking this link: http://bit.ly/2wDrsfi

Mirza Shahzad Akbar is committed to fighting the extreme human rights abuses that Pakistani citizens are facing. Akbar amplifies the voices of the marginalised, wages war in the courts of law and of public opinion, and utilises strategic cases to affect systemic change. As founder and director of the Foundation for Fundamental Rights, Akbar works towards the advancement, protection and enforcement of fundamental rights. He has been the first lawyer on the ground to protect civilian drone strike victims, hereby aiming to challenge the US covert drone strikes in non-combat zones*. You can read more about Mirza Shahzad Akbar and vote by clicking this link: http://bit.ly/2wiXQBx

*source: all information about the nominated lawyers was mentioned on https://www.humanrightstulip.nl/