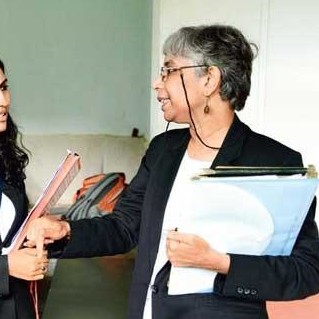 On 6 October 2015, the local Bar Association of Bastar, India, passed a resolution prohibiting any lawyer who is not registered with the local Bar Counsel from practicing in the Jagdalpur Courts. This news has been reported by Frontline Defenders on their website.

This resolution prevents human rights lawyers Ms Shalini Gera and Ms Isha Khandelwal, who are registered with the Delhi State Bar Council, from representing their clients in Jagdalpur. Ms Gera and ms Khandelwal are the founders of the Jagdalpur Legal Aid Group (“JagLAG”), which provides free legal aid to the Adivasi people in the Jagdalpur region of India. JagLAG has been working on cases involving the harassment of Adivasi’s accused of having connections to the Naxal movement as well as cases involving illegal police activity, in the form of torture, illegal detention and extra-judicial killings.

All lawyers practising in India are registered with the regional Bar Council, which is a statutory body with legal authority to set its own rules regarding the criteria to practice law in that region. The Bar Council of the Chhattisgarh region, which includes Bastar, allows outside lawyers to practise in the region under the condition that their legal credentials are countersigned by a local lawyer. A local Bar Association, such as the Bastar Bar Association, has no authority to overrule the regional Bar Council regulations and to prevent a lawyer from practising in any court in the country under the Section 30 of the Advocates Act of India. The recent resolution of the Bastar Bar Association thus appears to be unlawful.

It is believed that the resolution of the Bastar Bar Association is directed at Ms. Gera and Ms. Khandelwal, who have previously received anonymous threats and have had police complaints have been lodged against them. Their practice is under threat as a result of the resolution.

Lawyers for Lawyers expresses its concern at the resolution of the Baster Bar Association which it believes may be an attempt to prevent human rights lawyers from doing their work.