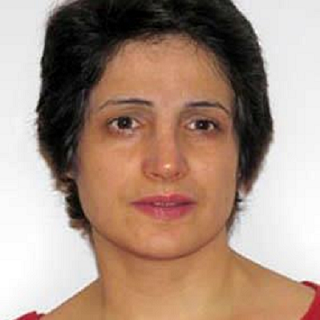 Iranian human rights lawyer Nasrin Sotoudeh, for whom L4L organized a letter writing campaign in the summer of 2010, has been on a hunger strike since 29 September 2010. In addition, she has stopped drinking water since 31 October, to protest against her arbitrary detention since 4 September 2010 and her maltreatment in the Evin prison. She is not doing well. The International Campaign for Human Rights in Iran mentions that when her children visited her in prison, she was too weak to hug them. She has lost much weight and her skin has darkened. The Campaign therefore calls upon the UN High Commissioner for Human Rights to intervene. Sotoudeh was arrested after being interrogated at Evin prison, a week after security agents had searched her home and office in the weekend of 28 August 2010.

On October 10th 2010, Iranian human rights lawyer Javid Houtan Kian was arrested in his office in Tabriz. It is still unknown where he is being detained. In a statement from Amnesty International, it is stated that he is being interrogated for “links with foreign anti-revolutionary groups”. Houtan Kian acts as legal counsel to Sakineh Mohammadi Ashtiani, a woman who faces death by stoning after she was convicted for adultery. When Kian was arrested, Ashtiani’s son and two German journalists were also arrested. Ashtiani had earlier been represented by Mohammad Mostafaei, who fled to Norway because of his representation of Mrs. Ashtiani. L4L took action for him in July 2010.

Several organizations, L4L among them, suspected that the detention of both lawyers is connected to their work as human rights lawyers. It is the responsibility of the Iranian authorities to enable lawyers to exercise their profession in freedom, and consequently, to release both lawyers from prison. Therefore, L4L organized a letter writing campaign. Here you can find the example letters that were sent in October 2010.