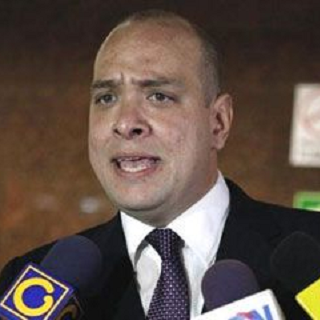 Lawyers for Lawyers condemns the arrest of Mr. José Amalio Graterol, counsel to (together with his colleague and Ms. Thelma Fernández) María Lourdes Afiuni. María Lourdes Afiuni is the Venezuelan judge suspended from the bench, incarcerated for 14 months, and under house arrest since February 2011 after releasing on bail a man who had been held in pre-trial detention for two-years without a court hearing – which is a contravention of the Venezuelan Penal Code and international law.

On 4 June 2012, Mr. Graterol was detained when he refused to continue a criminal trial in the absence of his client, defendant Leonardo Colmenares, who had declined to appear in court, alleging that the acting judge, Yalitza Domínguez, was not impartial. When acting Judge Domínguez expressed her intention of continuing the trial in the absence of the accused, Mr. Graterol refused to proceed stating that trials in absentia are not permitted under Venezuelan criminal law. Subsequently, Mr. Graterol was arrested on the afternoon of Monday 4 June.

Due to delays in filing by the prosecution and court administration, the hearing, originally scheduled for Tuesday 5 June was postponed. Eventually hearings took place before the ‘Tribunal Segundo de Control’ of Vargas State on Thursday 7 and on Friday 8 June, and during these hearing the court approved to initiate criminal proceedings against Mr. Graterol for alleged obstruction of justice. After this hearing, Mr. Graterol was released from pre-trial detention under several conditions: payment of bail, a restriction to leave the country and other conditions.

Mr. Graterol has represented Judge Afiuni since her arrest in 2009. Recently, he and his colleague, lawyer Thelma Fernández, complained of having been harassed and threatened following their declarations criticizing the judicial system in Venezuela. The last of these statements was made public, on the Venezuelan television program Yo Prometo the night preceding Mr. Gaterol’s arrest.