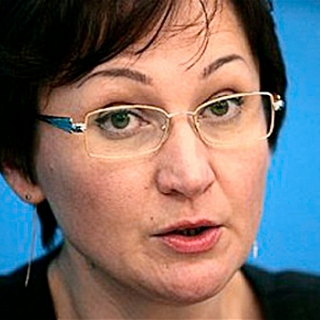 L4L Ukrainian lawyer in the Netherlands at the invitation of L4L

From 20 until 23 June 2012 the Ukrainian lawyer Valentyna Telychenko paid a visit to the Netherlands at the invitation of L4L. Telychenko represents the most important political opponents of President Viktor Jakoenovitsj: former Prime Minister Julia Timoshenko, former Minister of the Interior Joeri Loetsenko and former deputy Minister of Defence Valeriy Ivashchenko.

During an inspiring meeting with L4L volunteers, Telychenko talked about her work and the difficulties encountered by Ukrainian lawyers when exercising their profession.

L4L had set up meetings for her with members of the Dutch Parliament and the Ministry of Foreign Affairs, where Telychenko asked for attention for the position of lawyers and the Rule of Law in her home country.