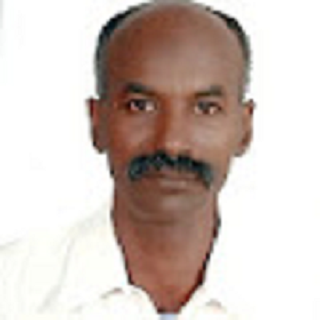 Abdelrahman Gasim, a lawyer from Sudan, has been the victim of far-reaching intimidation by the Sudanese authorities in relation to his professional activities.

Gasim represented many victims of human rights violations. The National Intelligence and Security Services (NISS) summoned him to stop defending human rights, because he would otherwise “regret it”. More than once, he was phoned by unknown callers, or found cars with NISS officers waiting in front of his home keeping an eye on him. Although Gasim reported the threats to the Public Prosecutor, no action was taken to protect him. Despite the threats, Gasim continued his work. This had far-reaching consequences for himself.

On 30 October 2010, Gasim was arrested by the Sudanese security services and tortured so badly that he lost consciousness. The first three months after his arrest, Gasim was held incommunicado, without access to a lawyer or contact with his family. He remained in prison until his case was heard in January 2011. Under great international pressure of, among others, the UN and different embassies (among which the Dutch embassy) and non-governmental organisations, he was acquitted from the charge of being a ‘spy for international organisations’. Immediately after his release, Gasim fled abroad, where he has remained until this moment. It is impossible for Gasim to return to Sudan, because he is still in danger there. L4L promised to help him financially in July 2012, in order to make it possible for him to extend his stay abroad.

On 9 April, Amin Mekki Medani and Faruq Abu Eisa were released after the Minister of Justice decided to freeze the case against them pursuant to his powers under Article 58 of the 1991 Criminal Procedure Law. Madani is a

Lawyers for Lawyers expresses its grave concerns about the continued detention and prosecution of Mr Amin Makki Madani and Mr Farug Abu Eisa. Mr Makki Madani is a prominent human rights lawyer, President of the Confederation of Sudanese Civil Society