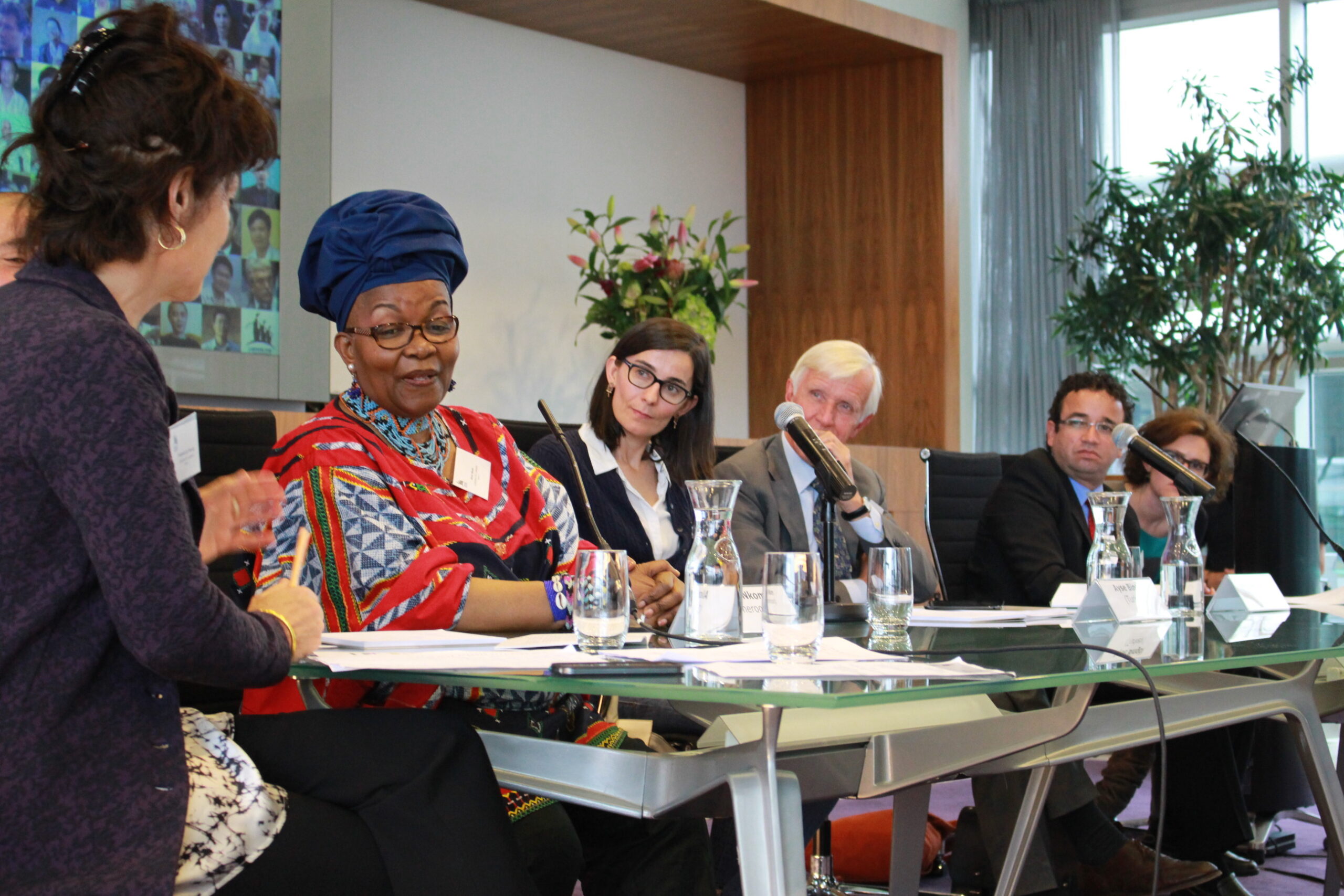 Alice Nkom is a lawyer who has devoted her professional life to upholding the human rights of Cameroon’s lesbian, gay, bisexual and transgender (LGBT) citizens. Gay hate is deeply rooted in the West-African country as a consequence of traditional culture and superstition. Of the more than two thousand lawyers in Cameroon, Alice Nkom and her colleague Michel Togué are the only two who are prepared to represent people who are suspected of having a same sex relationship.

Nkom was the first woman called to the Bar in Cameroon in 1969. In 2003 she founded the Association for the Defence of Homosexuals (ADEFHO), which is still the only organisation in Cameroon committed to upholding the rights of LGBT people. She has since then been on the front-line working furiously to defend many of those imprisoned, but is also leading the way for strategic litigation challenging Cameroon’s anti-gay law (Section 347bis) at a constitutional level.

Alice Nkom has faced far fetching consequences in connection with her work for LGBT citizens.

In 2011, she was threatened with arrest for receiving an EU grant. She was detained without charge by police while visiting clients, and recommended for dismissal by the Minister of Justice. Other Cameroonian lawyers have accused Nkom of ‘spoiling the youth’, and have gone on TV to publicly state how she should be put to death. The Minister of Justice requested the Bar Council to disbar to Nkom, because she was ‘promoting homosexuality’.

In 2013, Nkom represented Jean-Claude Roger Mbede. He was arrested and imprisoned for 3 years for sending text messages to another man, and later died as a result of health complications exacerbated by his time in prison. In the lead up to Mr Mbede’s high-profile hearing Nkom received numerous death threats.

Threats have also been targeted at Alice’s grown up children, but she vowed that it will not ‘discourage her from her fight’. Despite threats to her safety and being well past retirement age, Alice continues to use the courts to fight against the discrimination of LGBT people living in Cameroon.