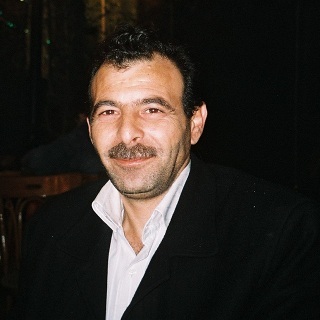 Anwar al-Bunni is a prominent human rights lawyer in Syria. He is one of the founders of the Syrian Human Rights Association and of a centre for the defence of journalists and political prisoners. As a lawyer, al-Bunni was particularly involved in defending people who were prosecuted for expressing their opinions in non-violent ways, including intellectuals and human rights activists who were arrested when the ‘Damascus Spring’ of 2001 was suppressed. Al-Bunni also fights against torture in Syrian prisons and advocates democratic reforms.

On 17 May 2006 al-Bunni and a number of other human rights activists were arrested after having signed a petition calling for the improvement of the relationship between Syria and Lebanon. Al-Bunni was charged with disseminating false information that could harm the morale of the nation.

After a trial that was considered to be in breach of international standards, he was sentenced five years to prison in April 2007. At the time, he had already been in prison for nearly a year.

In the week of 22 May 2011 al-Bunni was released from the notorious Adra prison, near Damascus, after completing his prison term. The circumstances of his detention were reportedly very bad and he was tortured by the prison staff. Read here an interview Amnesty had with Anwar al-Bunni, in which he tells about his experiences in prison.