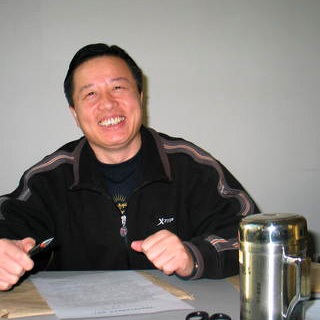 Gao Zhisheng, a Chinese Human Rights lawyer, is being detained in the Shaya-prison in Xinjiang. He defended, amongst others, followers of the Falun Gong movement who were being prosecuted.

At the end of 2005 his law licence was not renewed; this was in response to his open letters to the Chinese government in which he requested an examination into the prosecution of followers of religious minorities such as the Falun Gong. Also, Gao’s law firm was closed by the government for a year, for no valid reason.

In December 2006 Gao was sentenced to three years in prison for ‘inciting to undermine the state’. After worldwide protests, this was later converted into a five-year suspended sentence and five-year deprivation of political rights and was released to go home. In September 2007 Gao wrote an open letter to the American House of Representatives, seeking attention for the deteriorating of the human rights situation in China. He also wrote that he could not support China’s hosting the Olympic Games. On 22 September 2007 he was taken by plainclothes police officers, beaten unconscious and imprisoned for six weeks at an unknown location. In November 2007 he was placed under house arrest. He was not allowed to receive visitors and his bank account was frozen, which caused extreme financial problems for his family. Also, his family was constantly harassed and intimidated by the state security forces.

From 19 January 2009 he was missing for 14 months. By mid-March 2010 it became known that he had been detained, and two weeks later Gao spoke to journalists by telephone. He told them he had been sentenced, but released by the end of September 2009. Since then he has lived in retirement in the north of China, probably guarded and tailed by the police. In early April he even returned to Beijing, where he worked.

Since 20 April 2010 nothing had been heard from Gao Zhisheng and it was unknown whether he had been detained again. In December 2011 the state radio announced that Gao Zhisheng was sent to prison for 3 years for violating the conditions of his suspended sentence. He is being detained in Shaya county, Akdsu district in Xinjang. After March 2012 there had been no sign of life for nine months before China Aid confirmed, after being in contact with Gao’s wife, that the prominent Chinese Human Rights lawyer was alive and had been visited by his family. January 2013 was the last time his family – his brother and his father-in-law – was allowed to visit him.