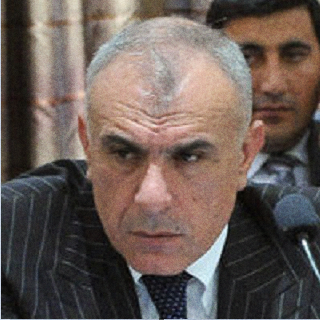 Isakhan Ashurov mainly represents people who speak critically about the government of President Ilham Aliyev. He represented bloggers Adnan Hadjizadeh and Emin Milli, the founders of the youth movement OL! during the famous ‘Donkey trial’ in 2009. In July 2009, they were assaulted by unknown men in a restaurant. When they filed a report they were arrested themselves and charged with “hooliganism”. One month earlier the bloggers had posted a satirical interview with a donkey on YouTube, in response to the message that the government had purchased two donkeys in Germany for USD41,000.

Ashurov hardly ever wins a case in his country, because usually the outcome is decided in advance. The case of Eynulla Fetullayev sparked international outrage in 2007. This editor-in-chief of two opposition newspapers was found guilty of defamation, tax evasion and ‘incitement to terrorism’ after publications about the involvement of Azerbaijani forces in a bloodbath in the city of Khojaly during the war with Armenia in 1992. Fetullayev was sentenced eight-and-a-half years to prison. Ashurov submitted the case to the European Court of Human Rights, which held last year that Fetullayev had not had a fair trial, and demanded his immediate release. The Azerbaijani Supreme Court then sentenced him to two-and-a-half years in prison for heroin possession.

In 2010 he was diagnosed with bowel cancer. He was operated on in Germany, and his doctors prescribed after-surgery rehabilitation in the Georgetown University Hospital, Washington, D.C. Since Ashurov is not able to pay for the treatment on his own, L4L has called upon Dutch lawyers to support him financially.