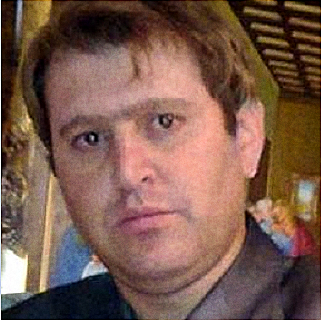 Javid Houtan Kian (born on 21 January 1974) acted on behalf of Sakineh Mohammedi Ashtiani, the woman who was sentenced to death by stoning because of adultery. She was earlier represented by Mohammad Mostafaei.

On 10 October 2010 Javid Houtan Kian was arrested in his office in Tabriz. Initially he was questioned in connection with ‘ties with foreign anti-revolutionary groups’ and ‘the possession of false identity cards.’ When Javid Houtan Kian was arrested, Ashtiani’s son Sajjad Ghaderzadeh and two German journalists were also arrested. The journalists were also alleged to have had ties with a ‘foreign anti-revolutionary network’.

In a letter, supposedly written by Houtan Kian himself and smuggled out of prison in March 2011, he stated that he was severely battered and tortured in prison. In April 2011 Javid Houtan Kian was visited by his lawyer Naghi Mohammadian, who stated that “after six months, signs of burning an torture was still discernible on [Houtan Kian’s] hands and feet.” Recently Mr. Mohammadian also fled from Iran.

Javid Houtan Kian has to serve a six year imprisonment for having interviewed foreign media about his client’s situation. However, Javid Houtan Kian has been imprisoned in Ward 7 in the Tabriz prison, which is a quarantine of the insane and HIV-positive and hepatitis-infected intravenous drug addicts. Moreover, Javid Houtan Kian’s health is deteriorating and according to a letter that was out of prison he is still subjected to unspeakable torture.

Lawyers for Lawyers is highly concerned about Javid Houtan Kian’s situation and state of health.