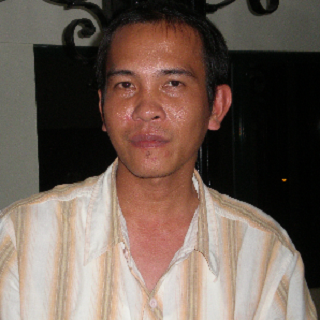 Jobert Ilarde Pahilga started at an early age to work for the community. During his studies he worked for an NGO that provided free legal advice to farmers, fishermen and indigenous groups.

Currently Pahilga counsels in controversial cases against landowners and agricultural companies. Him being a counselor in these cases has resulted in him being intimidated, presumably by members of the military.

Several times, suspicious-looking men have visited Pahilga’s house and approached his wife who always told the men Pahilga was not at home. Besides that, he has been chased by men on motorcycles and has been photographed. Not only Pahilga himself is being harassed, but his clients are subjects of harassment. Soldiers interrogated Pahilga’s clients and warned them to no longer use the services of Pahilga, because otherwise they might be suspected of sympathizing with the New People’s Army.

Like Katharina Castillo, Pahilga has received a letter with a black ribbon, to remind him that his life and that of his family is just a privilege. Nevertheless Pahilga continues his work, and he sees no reason to resign from his work as a human rights lawyer.