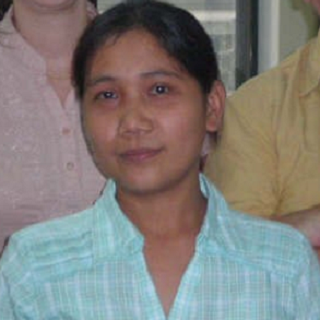 In 2006, at the age of only 24 years, Catherine Castillo became the youngest human rights lawyer in the country. She currently works as a counselor in KatunGod Sinirangan Bisayas and defends nearly all cases of human rights violations in that region.

This has led to numerous cases of intimidation. Throughout the month of May in 2008, Castillo was the victim of a smear campaign by the army. The army blasphemed Castillo repeatedly on their own local radio station. Because of the threats and intimidation Castillo cannot travel alone, which hinders her in her work. She is also forced to change address frequently.

In April 2010 Castillo received a letter at her home address. The letter contained a black ribbon, the ribbon meant to remind Castillo that “her life and and that of her family are just a privilege”. Castillo responded on the threats by saying that she has accepted that she probably will be killed, just like her colleague Felidito Dacut was killed. She stated that:

“It does not matter how long you have lived, what matters is what you have done to serve the people and the country”.