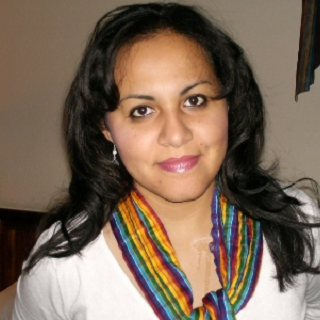 Kenia Oliva Cardona is a lawyer in Honduras who works for the Comité de Familiares Detenidos Desapericidos en Honduras (COFADEH, website), an organization that stands up for the protection of human rights of Honduran citizens.

On 21 June 2010, while at the public prosecutor’s office to investigate the status of several human rights lawsuits initiated by COFADEH, her car was broken into. During the burglary, her papers were searched and her laptop stolen. Also, course material from a human rights course she had been attending was taken.

Since the coup in June 2009, the Honduran police violently oppresses public protests, often in collaboration with national security agencies. For this reason, COFADEH and its employees are frequently threatened. The Inter-American Commission on Human Rights has called upon the state of Honduras to take protective measures for a number of COFADEH employees, including Kenia.

The 25th of every month has been designated “Orange Day” by the United Nations Secretary-General’s Campaign UNiTE to End Violence Against Women, to raise awareness and take action to end violence against women and girls. From 25 November, the International Day for