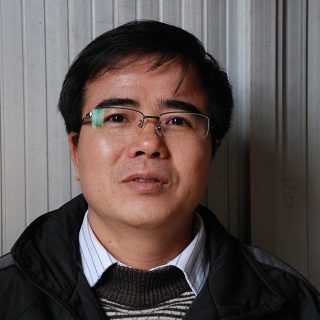 Le Quoc Quan is a well-known Vietnamese lawyer and human rights defender. He has been harassed constantly since 2007 by the Vietnamese authorities because of his human rights activities.

In 2007 Le Quoc Quan returned to Vietnam, after a five-month study in the US on a Reagan-Fascell Democracy scholarship, funded by NED. After his study he published a report titled ‘Democracy in Vietnam: the role of society’.

Only four days after his return, Le Quoc Quan was arrested on suspicion of engaging in ‘activities to overthrow the regime’. He was finally released after 100 days in prison, but no longer permitted to leave Vietnam. Since 2007 Quoc Quan has been arrested three more times, he has been disbarred and is now under constant surveillance. But even though he can no longer formally exercise his work as a lawyer, on an informal basis he still fights the corner of many victims of human rights violations in Vietnam.

On 16 September 2014, L4L delivered an oral statement at the UN Human rights Council, to once again demand attention for the situation of Le Quoc Quan.