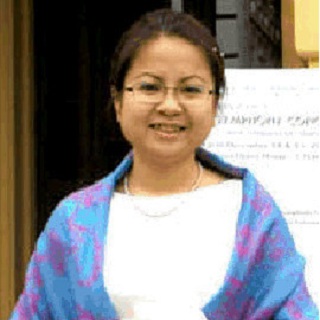 Le Thi Cong Nhan is a well-known dissident in Vietnam and acted as lawyer for protesters who were prosecuted by the government.

In March 2007, she and her colleague Nguyen Van Dai were convicted. She was given a three-year prison sentence and three years’ house arrest, while her colleague Nguyen Van Dai was given a four-year prison sentence and four years’ house arrest. Both were charged, among other things, with “misinterpreting government policy on trade unions and labourers in Vietnam”, participating in the Block 8408 movement for democracy and the progressive party, giving human rights courses and the possession and dissemination of documents propagating democracy and human rights.

Since her release in March 2010, the police have arrested Le Thi Cong Nhan three times, most recently on 4 November 2010 when they detained her for eight hours, questioning her about her poems and interviews on the internet. Besides that, her house arrest commenced after her release from prison. Nguyen Van Dai was released in March 2011. His house arrest, too, commenced immediately afterwards.