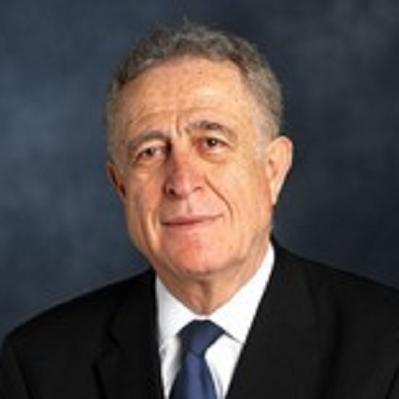 Muhammad Mugraby is a distinguished lawyer and human rights activist in Beirut. Since the early 1990s, his mostly pro bono human rights work, which he combines with a practice focusing on international trade law, has increasingly made Mugraby a target of the Syrian occupation forces, the Lebanese authorities and the Bar Association of Beirut.

In November 2008, Mugraby was acquitted of “contempt of officials of the State”. Mugraby had been charged with this offence because he had given a statement in 2003 to the European Parliament about serious irregularities within the Lebanese judicial apparatus. Earlier, in 2004, Mugraby had been prosecuted, arrested and imprisoned for the same statement. After a storm of international protest and a visit by a large delegation of Dutch lawyers, he was acquitted by the military criminal court. In Lebanon, too, is it not permitted to prosecute a person twice for the same act, if he has been acquitted irrevocably the first time (the ne bis in idem principle).

After his release in 2008, however, a new period of repression started, so that in June 2009, with the support of lawyers from L4L, he commenced legal proceedings against the EU before the European Court of Justice in Luxembourg. In these proceedings, he invoked Article 2 of the Association Agreement between Lebanon and the EU, commonly known as the “human rights clause”. In this way, Mugraby tried to improve the human rights situation in Lebanon, his lawyers Jeroen Regouw and Leo Spigt stated.

According to the application, the institutions of the EU have failed to use the instruments at their disposal to persuade Lebanon to respect human rights. In this way, they contributed to an “increase of the frequency and severity of human rights violations in Lebanon, including those committed against Mugraby”.