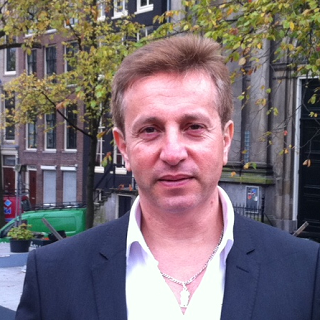 Muhanad al-Hasani was the chairman of a Syrian human rights organization and acted as lawyer for human rights activists. He also monitored affairs at the National Security Council and reported on this.

Al-Hasani had to stop his work when he was arrested. L4L attended various hearings during his trial in Damascus; despite this, the Damascus court on 23 June 2010 sentenced him to three years’ imprisonment for offences like the spreading of information that weakens national moral and the dissemination of false information about Syria abroad. Also, the local Bar Association commenced proceedings to disbar him for life.

On 28 October 2010, he was attacked by a cellmate and put in an isolation cell. After protests from his fellow prisoners, he was allowed to return to an ‘ordinary’ cell.

During his detention, he was honoured several times for his work, like the Martin Ennals Award, the most important human rights award, in October 2010. The same month he also received the Amsterdam Dean Award.

He was released on 3 June 2011 but has as yet been unable to take up his work because of a disciplinary procedure that is still pending. To resolve this, L4L in July 2011 sent a letter to the Syrian Bar Association, urging it to conform to the policy of the authorities, which granted him amnesty, and to put an end to the disciplinary procedure.