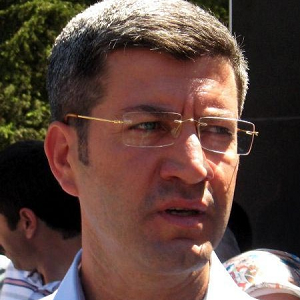 Muharrem Erbey is one of the 152 prominent members of political and civil society organisations that stand trial together, in one single trial in Turkey. Since 24 December 2009, when he was arrested in the early morning by an anti-terror unit, he has been in pre-trial detention. Formally he is charged with membership of an illegal organization, but there are indications that he is being prosecuted because of his work as lawyer and human rights defender.

As a lawyer, he stood by victims of human rights violations, extrajudicial killings and enforced disappearances. He also represented some of his clients before the European Court of Human Rights. Furthermore, he is vice president of the Human Rights Association of Turkey (IHD) and president of the local branch of the IHD in his hometown Diyarbakir in south-eastern Turkey.

Next to his representation of victims of human rights violations, Erbey drew attention to human rights violations in south-eastern Turkey before several European parliaments. After being arrested, Erbey was interrogated extensively about his activities for IHD. His house and the IHD offices were searched and computers and a considerable amount of documentation was seized.

The trial against Erbey and 151 others began in October 2010. The defendants face imprisonment terms varying from 15 years to life. In August 2011, Erbey wrote this letter from the notorious Diyarbakir prison where he is detained. In July 2012 it was announced that the Ludovic Trarieux Prize will be awarded to him, a human rights prize that is awarded to a lawyer every year, in a partnership between the human rights institutes of several European Bar Associations.