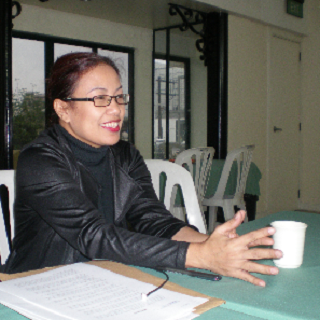 Rose Beatrix Cruz-Angeles is considered one of the best military lawyers of the Philippines. She defended a number of so-called rebel soldiers during the Macapagal-Arroyo regime, of which some were acquitted after her efforts. Because of her defending these rebels, there are many threats made ​​against her. She defended, among others, Nicanor Faeldon, a junior officer who escaped and was on the run for two years. In 2010 he showed up again.

In the Philippines, Angeles being a female lawyer made her twice as vulnerable as male lawyers. To perform her (pro bono) legal duties, she has endured all kinds of harassment.

In 2007 and 2008, Angeles was detained and interrogated by members of the Isapf (Intelligence Services of the Armed Forces of the Philippines), she was chased by car, several of her mobile phones were stolen, her e-mail was hacked 30 to 100 times per month and she was filmed and bugged. Angeles’ office was visited by supposed ‘intelligence agents’, for at least once every two weeks. Rumors were spread that Angeles’ would engage in sexual relationships with her clients, something that made her work considerably more difficult.