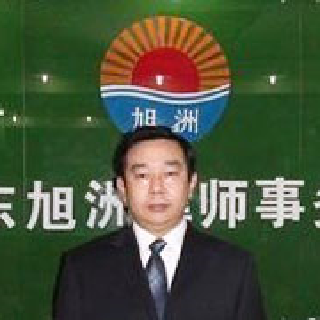 Shu Xiangxin, a Shandong lawyer who represents farmers who have lost their land was arrested on 6 November 2012 because police say he was extorting and blackmailing the government. The Public Security Bureau in Jinan, in the eastern province of Shandong, confirmed the arrest of Shu Xiangxin on Sina Weibo, the Chinese version of Twitter. “The police have received many reports recently and confirmed these accusations through investigation,” the post said. “Shu Xiangxin is suspected of having conducted extortion.” His wife, Liu Xiuqin, told the media that authorities are holding him because he has written extensively about the shady deals of local government officials on his blog.

Shu Xiangxin was the director of the Xuzhou Law Firm. Since the beginning of 2011 he has represented farmers in Liaocheng City’s Guan County. The farmers claim the government forced them to sell their land and their homes were demolished. After a protest by the farmers against these practices, two farmers were detained and local police allegedly asked them to name their lawyer as the mastermind behind the protest. Shu was from then on the object of harassment of the local authorities.

In May 2011 Shu’s license to practice law was suspended, the licenses of the lawyers in Shu’s firm were confiscated and his office was shut down by the Jinan City Bureau of Justice. This is an administrative organ that oversees lawyers and runs local prisons. On his blog Shu continued to write about the situation of the local farmers and illegal land expropriation. He wrote that the local government tried to bribe him, and his relatives and colleagues were beaten by men who said they were members of a local gang. In July 2011, Shu was detained for allegedly “extorting the government”. He was released within 24 hours.

The justice bureau said in September 2012 that it received reports from the local congress last April about Shu’s “illegal activities” and launched an investigation. Although the police Weibo post on November 6, 2012 said Shu was summoned by the police, which under Chinese law means he shouldn’t be held more than 12 hours, he was held for much longer. The Jinan police said on their official Weibo page that they had “abundant evidence” of Shu’s crime and will publish the results of their investigation. The Jinan Lawyers Association confirmed on its Weibo account that Shu was detained and said it was working with the police regarding the case.

In 2014, Shu’s license to practice law was re-instated, after which he went on to defend others accused of “extorting the government”. After accusing a former colleague of embezzling money from his law firm, Shu was hit with a civil suit for “libel”. The court hearing of this civil suit took place on 31 December 2015. During this hearing, the Court requested the police to issue an arrest warrant, leading to Shu’s arrest shortly thereafter. Shu reported being tortured at Jinan City No. 2 Detention Center in Shandong Province to his lawyer in January of 2016, describing beatings and being handcuffed to a staircase for seven hours. Shu’s lawyers reported seeing visible signs of injury on his wrist and face.