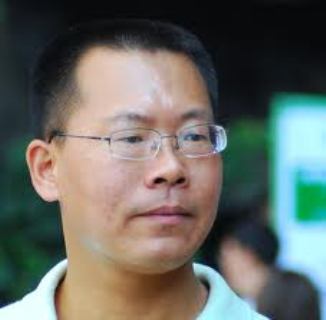 Teng Biao, born in 1973, is a Chinese lawyer and human rights activist. He is also a lecturer at the University of Politics and Law in Beijing. As a lawyer Teng Biao defended activists who stand up for HIV victims and for Tibetan freedom fighters.

In 2003 Teng Biao supported the founding of the ‘Open Constitution Institute’, an organization comprised of lawyers and scholars who argue in favour of a legal state with a broader constitutional protection in China. He was also one of the signatories of Charta 08, the manifesto that called for more democracy in China.

Teng Biao’s activities have resulted in threats, surveillances and (house) arrests. In March 2008 he was detained for two days by the Chinese state security forces because of articles he had written about the protection of human rights. He was also no longer allowed to speak to foreign journalists. Subsequently, his lawyers’ license was not renewed, resulting in a de facto disbarment. For this reason he may no longer practise as a lawyer.

On 20 February 2011, the first day of the pro-democracy protests in China that were based on protests in the Middle East and North Africa, Teng Biao was arrested again, when the Chinese authorities feared the protests might get out of hand. On 29 April 2011, after two weeks in detention, he was released again.

Teng Biao has been honoured for his efforts several times. In 2005 Asia Newsweek acclaimed him as one of the best fourteen human rights lawyers of China and as one of the ‘Persons of the Year in Asia’. Teng Biao also received the ‘Gleitsman Award for Achievement’ in 2003 and the ‘French Republic Award for Human Rights’ in 2007.

In 2010, he founded the New Citizens’ Movement, together with lawyer Xu Zhiyong, among others.

On 29 August 2014, Teng Biao spoke during an event organized by L4L in Amsterdam.