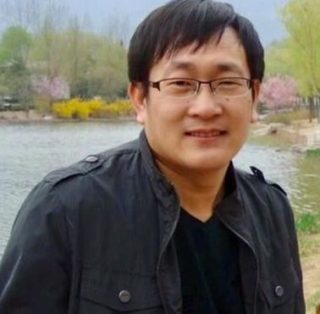 #FreeTheLawyers: take action and send a greetings card with a message of solidarity and support to Wang Quanzhang! Click here to take action.

On 28 January 2019, the Tianjin Municipal No.2 Intermediate People’s Court found prominent human rights lawyer Wang Quanzhang guilty of “subversion of state power” and sentenced him to 4 years and 6 months in prison and 5-year deprivation of political rights.

Wang Quanzhang was released on 5 April 2020. It has been reported that Wang Quanzhang has yet to return home to meet his family in Beijing after being released from prison. Wang Quanzhang was escorted to a property he owns in Jinan. He has to remain in quarantine for 14 days as a precaution against the coronavirus, according to his wife Li Wenzu. Li Wenzu fears that the Chinese authorities are using the corona crisis as an excuse to hold Wang Quanzhang under de facto house arrest indefinitely. Lawyers for Lawyers will continue to monitor his case until he is released immediately and unconditionally.