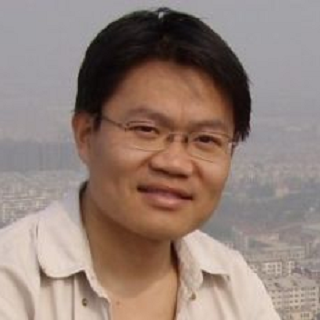 Wang Yonghang is a human rights lawyer in Liaoning Province who has often stood by followers of the Falun Gong sect. As of October 2009 he has been detained by the Chinese authorities serving an unlawfully ruled sentence of 7 years of imprisonment.

In 2007 Wang Yonghang published seven articles on The Epoch Times website, including an open letter addressed to the highest judicial office in China. In his open letter, entitled “Mistakes Made in the Past Demand That Amends Be Made Quickly Today”, Mr. Wang pointed out that the CCP authorities control both the legislative and judicial systems without checks and balances, and have used them to persecute Falun Gong believers under the guise of law. As a result, placed under great pressure, the law firm where he worked terminated his employment. His attorney certification was taken away and is being held by the authorities.

On 4 July 2009, he was arrested on charges of violating article 300 of the Chinese Penal Code. This article penalises the forming of “[…] religious sects or secret societies or weird religious organisations that use superstition to undermine the implementation of the laws and administrative rules and regulations of the State.”On 16 October 2009, Wang Yonghang was tried during a closed court session, in absence of his lawyer and family, who were not informed of the session on forehand. On 27 November 2009, Wang Yonghang was convicted to a seven year prison sentence. The evidence against him consisted of, among other things, interviews Yonghang gave to foreign media, an open letter to the Chinese prime minister and the president concerning the persecution of Falun Gong practitioners and articles with Falun Gong related content downloaded from the internet. The Dalian Intermediate People’s Court declined the appeal lodged by Yonghang on 4 February 2012, after a 15 minute hearing.

It is expected that Wang Yonghang will be in prison until July 2016. His sentence is the longest ever handed out to a human rights lawyer who has stood by followers of the Falun Gong religion. Since October 2010, Wang Yonghang is confined in the Shenyang no. 1 prison in Liaoning Province. His health has seriously deteriorated since the beginning of 2012. Yonghang suffers from tuberculosis and paralysis symptoms. Furthermore, according to observers, he has frequently been mistreated from the beginning of his detention. Reportedly, his condition is so bad that he can barely talk anymore. His wife, ms. Yu, is not allowed to visit him. She has told Chinese Human Rights Defenders (CHRD) that the police warned her not to speak about her husband’s physical condition to anyone. She is also followed and checked as soon as she leaves her house.

On 20 September 2012, the CHRD filed a submission at the UN Human Rights Council concerning the situation of Wang Yonghang.