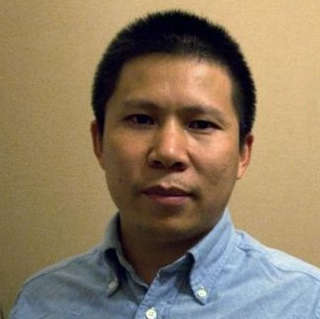 Xu Zhiyong, a forty-year-old human rights lawyer, was convicted to a four-year prison sentence by a Beijing court on 27 January 2014 on charges of ‘gathering crowds to disrupt public order’. At his trial, Xu’s lawyer was not allowed to call witnesses and his closing argument was interrupted and ended after ten minutes.

Xu Zhiyong is a university teacher and lawyer in Beijing, China. He is known for his peaceful and open way of drawing attention to reforms in Chinese politics and the promotion of the rule of law in China. In 2010 he and other scholars, journalists and lawyers, founded the New Citizens’ Movement. This informal movement strives to create awareness among Chinese citizens with respect to their (human) rights.

In the first months of 2013, the New Citizens’ Movement started campaigning for a more transparent government, the fight against corruption and other abuses of power, which are also the most important pillars of the political reforms announced by Xi Jingping, the current president of China, when he took office in March 2013.

The movement organised peaceful demonstrations throughout China in March and April 2013, to move the Chinese authorities to provide openness with respect to their possessions. On 12 April 2013, Xu Zhiyong was placed under house arrest because of his involvement in these demonstrations. On 16 May 2013 he published an article on the internet entitled ‘The Last Ten Years’. Reportedly, this publication was the reason for his arrest on 16 July 2013 and the subsequent formal accusation on 22 August.

Besides Xu, nine others associated with the New Citizens’ Movement and involved in the demonstrations in the spring of 2013 have been arrested. Four of them will shortly be in court as well. It is feared that they will meet the same fate.