Home » News » Letter on the enforced disappearance of Islam Salama 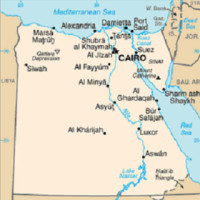 In a letter to the Egyptian authorities, Lawyers for Lawyers expressed concern about the enforced disappearance of attorney at law Islam Salama. Mr. Salama disappeared after a Court ordered his release on bail on 16 January 2021. To date, his whereabouts are unknown.

On 25 May 2020, Mr. Salama was arrested by Egyptian security forces who reportedly refused to present a warrant. After his arrest, Mr. Salama was detained in an undisclosed location for ten days until he was brought before the Supreme State Security Prosecution on 6 June 2020 on the charge of “joining a terrorist group”. On 14 October 2020, Mr Salama was ordered to be released on parole. Yet, after the parole proceedings he disappeared for 45 days. On 30 November 2020, Mr. Salama appeared again when he was brought before a court on the basis of new charges.

Consequently, the Malhalla Criminal Court ordered Mr. Salama’s release on bail on 16 January 2021. However, after the bail was posted and all other (legal) proceedings were completed, Mr. Salama disappeared again, for the third time, while being in custody of the Egyptian authorities. To date, Mr. Salama’s family and his legal counsel do not know where Mr. Salama is held and are not able to contact him.

Lawyers for Lawyers expresses deep concern at the enforced disappearance of Islam Salama and urges the government of Egypt to release Islam Salama and to end all acts of harassment against him.

In a letter to the Egyptian authorities Lawyers for Lawyers expressed concern about the arrest and continued detention of Egyptian human rights lawyer and labor rights defender Haitham Mohamadein. Through his affiliation with the El Nadim Centre for the Rehabilitation

The Cairo Institute for Human Rights Studies (CIHRS) in cooperation with Lawyers for Lawyers and a large number of NGOs from around the world, delivered an oral statement during the 46th session of the UN Human Rights Council. In the